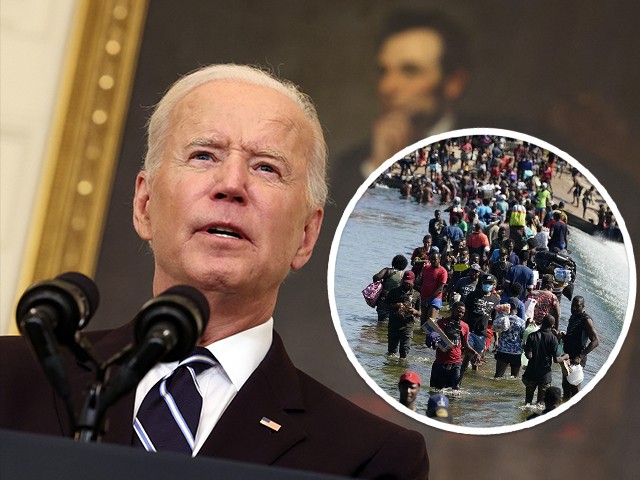 Biden’s Departments of Justice (DOJ), Homeland Security (DHS), and Health and Human Services (HHS) are working to settle with a number of border crossers represented by the ACLU, who claim they have suffered trauma as a result of the zero tolerance policy.

As part of the settlement, attorneys with the DOJ, DHS, and HHS are considering a plan that would give each border crosser about $450,000 and family units about $1 million. The total cost of the payouts would reach $1 billion.

A CBS News/YouGov poll finds that 63 percent of American adults are opposed to providing $450,000 to border crossers — including nearly 4-in-10 Biden supporters, 64 percent of swing voters, and 92 percent of Republicans.

The nation’s white working class, a vital demographic with millions who remain unregistered to vote, said by a 74 percent majority that they oppose the payouts, while 67 percent of college-educated white Americans said the same.

As Breitbart News has noted, the $450,000 payouts to border crossers would far exceed the compensation provided to the victims of the September 11, 2001, Islamic terrorist attacks and of the Boston Marathon bombings.

The poll also showed that most Americans, about 57 percent, said Biden and the Democrats are “not tough enough” when it comes to national immigration policy. More than 6-in-10 swing voters said the same as well as 53 percent of Hispanic Americans.

When Americans were asked about border crossers’ motives for illegally trying to cross the United States-Mexico border, 53 percent said “most” believe that the Biden administration will apprehend them and then release them into the U.S. interior.

Current estimates based on DHS data reveal that anywhere from 530,000 to 600,000 illegal aliens have been released into the U.S. interior by the Biden administration from January to September.

While Americans are increasingly opposed to Biden’s mass immigration policies, his administration and elected Democrats are seeking to pass the largest amnesty for illegal aliens in American history that would allow millions to secure work permits and driver’s licenses while expanding legal immigration levels.