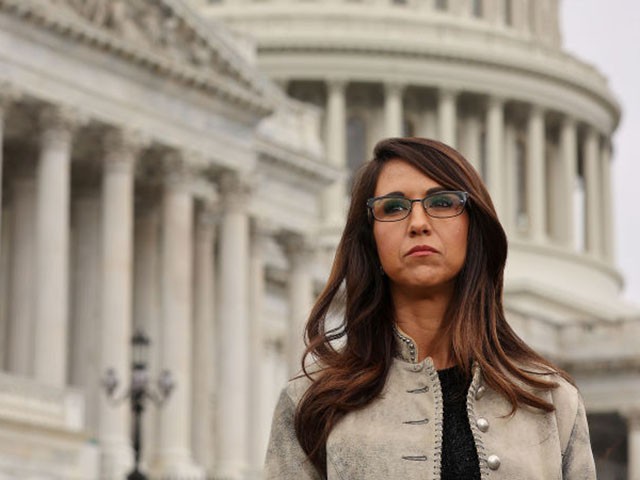 Boebert said in a statement:

In Biden’s America, it is better to be a criminal than a law enforcement officer. Border Patrol agents may be fired because of Biden’s vaccine mandate for federal employees, but illegal aliens get a free pass into our country and could receive a $450,000 check.

For contrast, the highest-paid Border Patrol agents make less than half that in yearly salary after 20 years of service. I’ve had enough of the Biden regime’s madness, so I introduced the We’re Not Paying You to Break Our Laws Act to restore sanity and the rule of law. We should be putting Americans first, not criminals!

Boebert introduced the “We’re Not Paying You to Break Our Laws Act” on Monday after the Wall Street Journal reported last month that the Biden administration was in talks to give $450,000 to immigrant families separated under Trump.

Although President Biden told reporters these payments are “not gonna happen,” Biden’s Deputy Press Secretary walked back his comments. The Deputy Press Secretary said, “The president is perfectly comfortable with the Department of Justice settling with the individuals and families who are currently in litigation with the United States government.”

“Pay $450,000 of USA taxpayer $$$ to each illegal immigrant separated at the border? No way,” Boebert tweeted.

Boebert’s one-page bill makes certain that no U.S. Treasury funds would be used to settle any claims illegal immigrants separated under the Trump administration have against the federal government.

No amounts may be made available from the Treasury for the payment of any settlement agreement filed in the United States District Court for the District of Arizona in A.I.I.L. v. Sessions, 4:19-CV-00481, or any substantially similar civil action brought by an individual as a result of an action taken to enforce the memorandum of the Attorney General entitled ”Zero-Tolerance for Offenses Under 8 U.S.C. ?1325(a)”, and dated April 6, 2018.