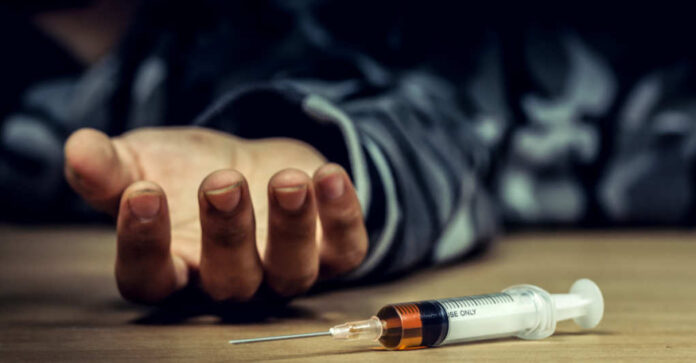 Drugs don’t discriminate. They don’t care about social status or how much loot someone has in the bank. Euphoria is available to anyone who dares take the plunge into the world of addiction and it would be difficult to find anyone who doesn’t know someone who has been victimized by the powers they possess. Illegal drug use has become so widespread in the U.S., that between May 2020 and April 2021, an estimated 100,000 Americans died from overdoses.

This is a 30% jump over the previous 12 months. Some say the increase is a result of the pandemic. They believe the added stress may have pushed some people over the edge. Yet others say that drugs imported into the U.S. are more dangerous than before because they’re laced with toxic chemical additives. Regardless, the problem continues to escalate.

Perhaps the deadliest contributor is the use of fentanyl to cut the drugs and make them stretch further. The more product a dealer has to push, the wealthier they become. A few people dying here and there is just the cost of doing business. Sorry for the inconvenience.

Katherine Keyes, a Columbia University drug abuse expert, called the number of overdoses “devastating.” “It’s a magnitude of overdose death that we haven’t seen in this country.” Drug overdoses have overtaken the number of people killed in car accidents, by guns, and from the flu or pneumonia.

Looking at the foreseeable future, Dr. Daniel Ciccarone from the University of California believes that “2021 is going to be terrible.” Fentanyl was initially used by drug dealers to cut heroin, but it’s now also being found in other illicit drugs such as cocaine, so even non-addicted recreational users are getting tags tied to their toes.

According to the administrator of the Drug Enforcement Administration, Ann Milgram, Mexican drug cartels aren’t knowledgeable enough to create their own compounds so they’re importing the chemicals from China. Gee. Imagine that. From there all they have to do is mix the recipe together and they’re cooking up a pot of deadly stew.

Just this year the DEA seized a record 12,000 pounds of fentanyl. But it isn’t enough. Police officials and public health experts say an all-out war needs to be waged or more people will continue to die. For the 12,000 seized pounds, another 100,000 pounds made it through.

Interestingly, four states saw no rise in overdose deaths. Delaware, New Hampshire, New Jersey, and South Dakota skated by. However, the states with the highest increases more than made up for it. Vermont saw a 70% increase in overdoses, West Virginia zoomed up by 62%, and in third comes Kentucky at 55 percent.

Minnesota didn’t fair very well at 39 percent. The state saw 1,188 overdose deaths in a 12 month period as compared to 858 the previous 12 months. The leader of a regional drug task force, Lt. Jeff Wersal, was beyond frustrated when he said, “I honestly don’t see it getting better, not soon.”

Joe Biden, fully aware of the magnitude of the problem, said the numbers represent a “tragic milestone.” Beyond this, he’s done nothing other than to suggest to Congress that they look into devoting some money to the issue. Of course, Dr. Rahul Gupta added his two cents by saying, “This is unacceptable and it requires an unprecedented response.” Words…

The drug epidemic is not to be taken lightly. Rehab centers around the country are busting at the seams with addicts trying to get clean, while at the same time, a greater number of new addicts are created every day. And some will die with a needle hanging out of their arm. It might even be a close friend or family member. Never second guess.

Since we aren’t getting anything more than lip service from the current administration, America’s citizens need to take a more active role by being observant of others. Drug addicts don’t normally broadcast who they are so if a friend or family member is suddenly not “acting right,” be blunt and ask them why. They may just be having a bad day, but then again, you might save their life.