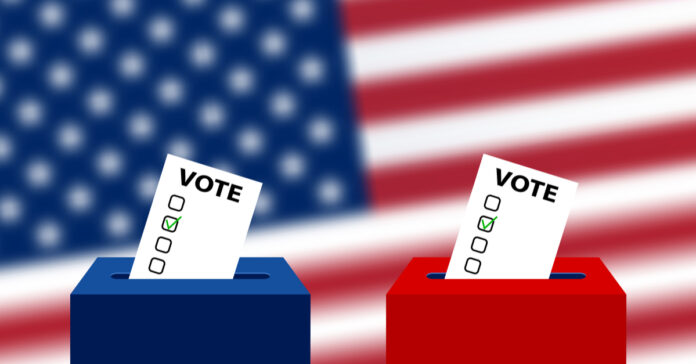 The abysmal failure that was the Afghanistan exit started the turning of the tide away from the ‘progressive’ left. The American people started to truly see just how gullible and uneducated the party had become. Now that the special elections of 2021 are over, it is abundantly clear just how many woke up and realized just how poisoned they have become under their rule.

This happened despite the mainstream media trying to spin all these blunders into simple misunderstandings or poor communication. They inherently pointed to the largest problem of all; the lack of professional decorum by the Democrats and their horrific lies to the people just to stay in power truly sicken me and many other Americans; hence the tide turning red as can be.

With people like Sen. Patrick Leahy (D-VT) and longtime crony of House Speaker Nanci Pelosi (D-CA), Rep. Jackie Spier (D-CA) set to retire you know something is amiss. It’s almost as if the rats see the dumpster fire they have turned politics into is now becoming a sinking ship, and they want off. Given the recent polls, it’s not a shocker at all.

The Washington Examiner reported “The latest Rasmussen Reports survey just out said likely voters favor Republicans over Democrats by 13 points, 51%-38%. The survey found that Democrats are only favored over Republicans among younger voters, black people, Democrats, and liberals. However, there is a huge 20-point gap among independents who would choose a generic Republican over a generic Democrat by a margin of 48%-26%. While the questioning is a bit different in the new Rasmussen survey than in past years, the gap is apparently historic and even stronger because the latest survey offered the alternatives of “some other candidate” and “not sure,” said the polling outfit.” This is a damning shift in the tide.

Given the pressure from Democrats to make voting ‘easier for voters’ (aka less red tape in the way of committing voter fraud) there is a lot for the American people to worry about if the Democrats stay winning offices. Thankfully as the polls indicate they are wizening up. Better late than never, eh? Given the history of pushing things through, there is a lot of work to be done. People need to be convinced that making the switch to the Republican party is the best move not just for this next election, but for other elections going forward.

One person who knows the challenges of swaying the American people is Newt Gingrich. He led a historic wave back in 1994 and has some incredibly bold predictions in the wake of recent elections. “I believe an immediate, consistent, and effective Republican application of the lessons of 2021 could lead to a 40- to 70-seat gain in the House; at least a four-seat gain in the Senate; and gains in governorships, state legislatures, and local offices including school boards next year.” This would be a historic flip.

Should Newt prove to be right (and all signs say he will be), this will be another flip of legendary proportions for the American people. It will also rest squarely on the shoulders of Joe Biden and his agendas for America. While the Democrats have taken power through influence and deception in many areas of the country, the more people are learning about what progressive politics really means for them, the more they are getting away from it.