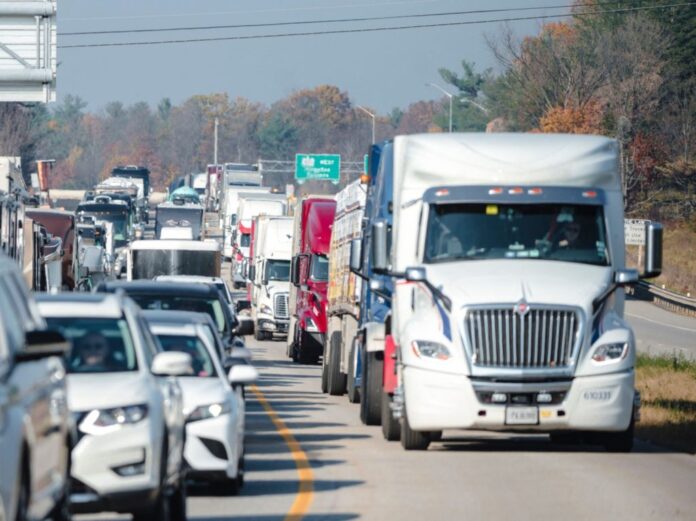 Government and emergency response officials along with truck drivers are just some of the groups to be targeted, with owner-operators and independent truckers predicted to be most impacted by the sweeping mandate.

The White House previewed the imposition back in August, as Breitbart News reported. The move aligns the rules for essential travelers with those that took effect earlier this month for leisure travelers, when the U.S. reopened its borders to fully vaccinated individuals.

Essential travelers entering by ferry will also be required to be fully vaccinated by the same date, according to an official who briefed the Associated Press on the condition of anonymity.

The rule changes will only apply to legal land crossings into the country, even as tens of thousands of illegal border crossers have been freely entering the country since the Biden administration took office, as Breitbart News reported.

The rules pertain to non-U.S. nationals. American citizens and permanent residents may still enter the U.S. regardless of their vaccination status, but face additional testing hurdles as the Biden administration holds they more easily contract and spread coronavirus and in order to encourage them to get a shot.

Norita Taylor, spokeswoman for the trucking group Owner-Operator Independent Drivers Association, criticized the vaccination requirement. She told AP it is an example of “how unnecessary government mandates can force experienced owner-operators and independent truckers out of business.”

“These requirements are another example of how impractical regulations will send safe drivers off the road,” she said.

The latest deadline is beyond the point by which the Biden administration hopes to have large businesses require their employees to be vaccinated or tested weekly under an emergency regulation issued by the Occupational Health and Safety Administration.

People wait in line to clear customs to enter the U.S. at the Bridge of the Americas in El Paso, Texas on November 8, 2021. (PAUL RATJE/AFP via Getty)

That rule is now delayed by litigation, but the White House has encouraged businesses to implement their own mandates regardless of the federal requirement with the aim of boosting vaccination.

About 47 million adults in the U.S. remain unvaccinated, according to figures from the Centers for Disease Control and Prevention.

The Associated Press contributed to this report