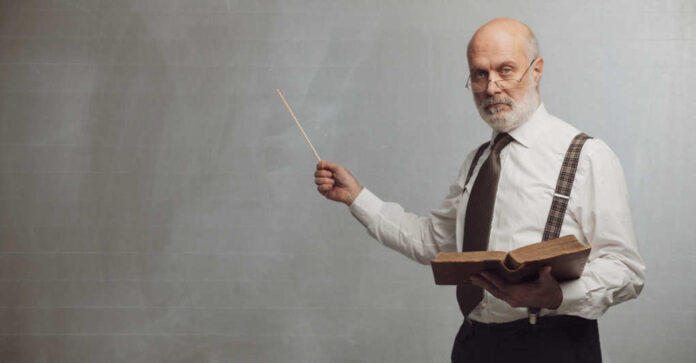 Academics never fail to surprise us with their quirky ideas and unique perspectives on the way the world works. Recently Old Dominion professor Allyn Walker was placed on leave for claiming that he would like the stigma removed from pedophiles by calling them ‘minor-attracted persons’. Yes, you read that right. He wants to call a pig a piglet because it sounds cuter and maybe then we can accept it for what it is.

In the way of his being placed on leave, numerous academics from across the globe have come forward to speak up for Walker on his views and to support this change. Going so far as to start a petition this document has numerous entries in it from other academics who want to explain and get a pass for his work. Dr. Maggie Ingram a postdoctoral fellow at the Johns Hopkins School of Public Health, writes “I stand with Allyn Walker. They are not promoting adult-child sex…. Attempting to silence researchers is unacceptable.” Then Dr. Skye Stephens, an associate professor of psychology at Saint Mary’s University, writes “V[ery] frustrated to see the media coverage of Allyn Walker and the response of ODU to place them on administrative leave. The crux of what Walker writes…is widely accepted in the field.”

This is not something that should be ‘widely accepted in the field’. There is a clear-cut case of right and wrong. If someone gets their jollies by watching another person bleed out after being stabbed we don’t call them a ‘stabbing blood-producing attracted person’ we call them a ‘murderer’. This idea that everything is ok and nothing can be wrong is morally bankrupt and it is going to drive not only our country but our planet as a whole right into the ground.

This idea that they need a ‘safe space’ to talk about these attractions is the main theme of these messages. They want the pedophiles to have a spot to talk about things; not a place to act. With Tweets pouring in for his support many read the same in the grand scheme of things. “Attraction is not action. Pedophilia and child sexual abuse are not the same. True prevention of child sexual abuse means acknowledging that some people have attractions to children – including youth – and need a safe space to talk to prevent action” reads one tweet.

Another reads “I am a Clinical Psychology Ph.D. Student who researches individuals with attraction to children. The work #AllynWalker does is important & it is disturbing to see the response from @ODU. We shouldn’t shout down those who study difficult topics because it makes people uncomfortable.” We have places for these kinds of topics. Housing for them where they don’t have to worry about prosecution or falling victim to their fantasies.

They are free to talk about them there. They are free to be who they want to be there with no fears of hurting someone else. All these Doctors and Fellows and Professors wish to save these ‘minor-attracted persons’ and research them in a safe space. Yet as it would take away many of their civil liberties it isn’t the most American of answers. Perhaps we need to find something for them to understand just how slippery this slope can be. Yet we are not ready to talk about that yet are we?