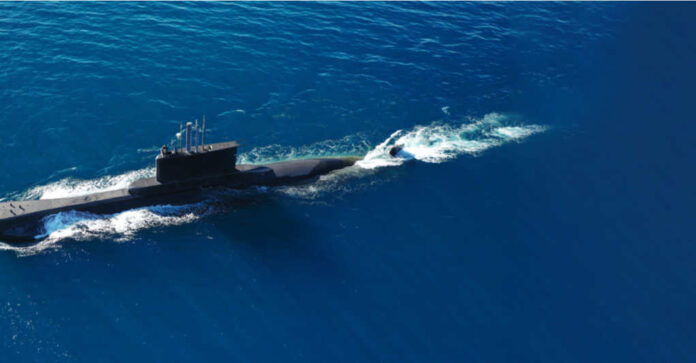 When aboard a submarine or really any naval vessel, few things are as important as the integrity and safety of the hull. As such, our naval fleets have high standards when it comes to the construction and types of steel being used to build our wartime vessels. After all, when engaged in a maritime conflict or war effort, the last thing one should have to worry about is the safety of their equipment.

And yet, for about 30 years, it seems the standards required by our Navy for submarine steel have not been met – at least not in reality.

Thomas worked for Bradken, Inc., a leading provider of steel castings for contractors who build hulls for the Navy. She was brought on in 2008 after Bradken acquired the services of Atlas Castings & Technology in Tacoma, where Thomas had worked as a metallurgist for a number of years.

According to the New York Times, she did well with the company and, within a year of being added to the Bradken team, was named as the director of metallurgy.

But it seems that all her supposed hard work was really just the fudging of numbers on an all too often occasion. And not just for Bradken. As it turns out, she had done this for the Tacoma foundry for a number of years too.

When steel strength tests were completed and the steel found to be under the requirements needed, rather than reporting the problem, Thomas recently admitted that she just changed a few numbers. According to a federal indictment against Thomas, she would change the first digit on the rest result, adding some 10 to 20 foot-pounds of “dynamic force” that the steel could supposedly endure, the Times reported.

And apparently, this went on for decades before she was caught. In 2017, a lab employee came across a few of Thomas’ falsified records and noted some inconsistencies. Her crimes were immediately reported to Bradken management, who began the legal process of holding her accountable for her reckless and life-threatening actions.

According to a Department of Justice news release, which was given by the U.S. Attorney’s Office for the Western District of Washington, some certain standards and requirements must be met by any steel used by the Navy. Obviously, this ensures the crew’s safety while diving to great depths and in case they should experience a collision, both of which put a tremendous amount of pressure on the vessel’s hull.

The current standards for much of the steel used in Navy ships came about after one submarine, the USS Thresher, was literally crushed by the pressure of the ocean around it in a deep-sea diving test in 1963. According to the U.S. Naval Institute News, this caused the formation of what are known as SUBSAFE standards for a variety of components used on NAVY subs.