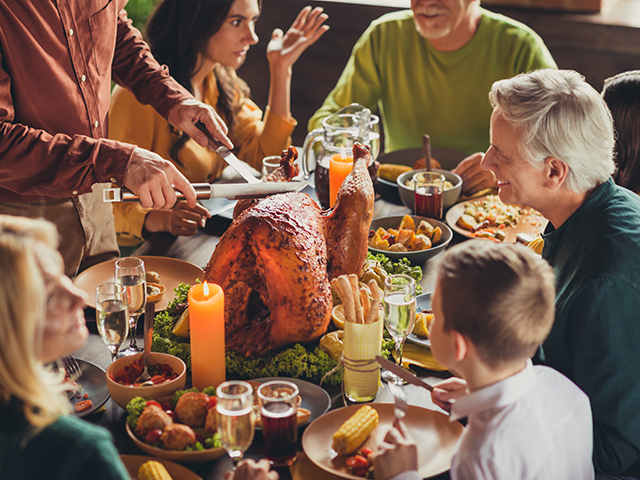 Together these three bills represent trillions of dollars in social welfare programs.

President Donald Trump used reconciliation to pass the Tax Cuts and Jobs Act in 2017; however, his GOP-led majority faced complications when trying to repeal the Affordable Care Act (ACA), as repealing the ACA’s insurance regulations would not comply with the Senate’s reconciliation rules, otherwise known as the “Byrd Rule.”

The House passed the Build Back Better Act despite unanimous opposition from Republicans and even one Democrat, Rep. Jared Golden (D-ME), opposed the bill.

Although Democrats face a lower threshold to pass the Build Back Better Act in the Senate, Democrats still have to pass the bill with a one-member majority in the Senate. This is why so much attention has been focused on Sens. Joe Manchin (D-WV) and Kyrsten Sinema (D-AZ), who have been reluctant to vote for a $3.5 trillion boost to welfare programs amid soaring inflation.

While Americans continue to grapple with the rising costs, including their Thanksgiving dinner, Democrats thought it best to pass legislation that would cost trillions.

The Congressional Budget Office (CBO), the nonpartisan organization tasked with scoring the cost of the Build Back Better Act, found that the legislation would cost $1.75 trillion over ten years.

However, a more accurate price tag would be $750 billion over five years, as the fiscal impact of legislation may vary drastically over ten years.

Further, the legislation may cost trillions more depending on whether Congress extends many of the programs and policies in the bill that contain arbitrary policy sunsets and expirations.

The Committee for a Responsible Federal Budget found that the legislation would cost $4.91 trillion if many of the policies and program with sunsets did not expire. This includes:

This means the Build Back Better infrastructure agenda would add $623 billion to the deficit.

The Biden White House hopes to increase funding of the IRS to offset a good chunk of the $1.7 trillion Build Back Better Act.

The bill would boost IRS audit enforcement by $88 billion, which the Biden White House believes would raise $400 billion.

However, the CBO found that the provision would only raise $127 billion, less than half of the White House’s estimate.

The mammoth legislation would increase the limitation on the state and local tax (SALT) deduction from $10,000 to $80,000.

The Trump Tax Cuts and Jobs Act initially limited this deduction to pay for the legislation.

Now Democrats have increased the deduction eight times; the primary beneficiary of this deduction are high-income Americans from mostly Democrat states such as New Jersey, New York, and California.

The House-passed provisions would amount to roughly a $625 billion tax cut for the wealthiest Americans living in blue states.

The Committee for a Responsible Federal Budget noted that “a household making $1 million per year will receive ten times as much from SALT cap relief as a middle-class family will receive from the child tax credit expansion.”

The CBO analysis found that the Build Back Better Act’s amnesty and immigration expansion would could Americans $121.7 billion over ten years, and $311 billion from 2032 to 2041.

The legislation would offer fast-track green cards for only $5,000 to at least one million foreign temporary contract workers who took outsourced jobs to replace American workers. The provision would let them permanently work in the Untied States and become American citizens after five years.

Sen. Bill Hagerty (R-TN) has said that this provision would allow big tech companies such as Facebook, Google, and Microsoft to “employ a functionary limitless supply of cheaper foreign labor in place of willing, able, and qualified American workers.

The Build Back Better Act would allow illegal immigrants to be eligible for federal student aid and the enhanced child tax credit.

The legislation contains $500 billion to address concerns surrounding alleged climate change, which include:

A $2.5 billion slush fund to advance “tree equity”
A tax credit worth up to $900 to purchase an electric bicycle. This tax credit does not phase out until a family makes $150,000 per year.
A $10 billion “environmental justice” higher education credit program
A tax on natural gas that rises eventually up to $1,500 per ton that could cost the America economy up to $9.1 billion and cost 90,000 Americans their jobs
$3 billion “environmental and climate justice block grants” and billions more to green energy special interest subsidies, loans, and other carveouts
Hundreds of billions in green energy to those who purchase expensive electric vehicles and other green products
Establishes “consequences” for Republican states that fail to meet climate change standards and creates $4 billion “Community Climate Incentive Grants” for states that cooperate with the standards

The Build Back Better Act would close the Medicaid coverage gap by doling out enhanced Affordable Care Act (ACA), or Obamacare, subsidies so that Americans in states that did not expand Medicaid under Obamacare could purchase plans on the Obamacare exchanges.

The legislation would expand Obamacare’s employer mandate’s definition of “affordable coverage” to define that costs no more than 8.5 percent of cinema rather than the current 9.5 percent of income rate.

The legislation would allow the federal government to negotiate the price of certain drugs in Medicare Part B and D. It would also create a $2,000 annual cap for out-of-pocket costs for seniors for Medicare Part D.

The Build Back Better Act would expand Medicare benefits to cover hearing aids. The original vision, as championed by Sen. Bernie Sanders (I-VT), would have covered dental, vision, and hearing benefits. Those provisions got axed after moderate Democrats balked at the original bill’s $3.5 trillion price tag.

The Build Back Better Act would establish four weeks for federal parental, sick, or caregiver leave.

The legislation would repeal the Trump-era Rebate Rule that passed rebates directly to consumers at the point of sale rather than through pharmacy benefit managers (PBMs).

The bill would provide $500 million for schools of medicine to prioritize funding based on racial demographics, and require faculty to be hired and students to be recited based on prioritizing racial and demographic goals.

The Build Back Better Act would require the Department of Health and Human Services (HHS) to advertise the expanded Obamacare tax credits non-Medicaid expansion states directly to “racial and sexual minorities,” claiming they are “hard-to-reach.”

The Build Back Better Act would do a number of things not strictly limited to “infrastructure,” including:

Removes a funding prohibition that would bar any contract, subcontract, grant or loan to any entity involved in forced labor of Uyghur Muslims in the Xinjiang province of China.
Grant special interests to trial lawyers to modify current expensing rules to allow plaintiffs’ attorney to deduct out-of-pocket litigation costs in the year they are incurred, rather than waiting until the conclusion of the litigation.
Impose a new tax on nicotine
Establish a tax credit for journalists; this tax credit would be applied against Medicare employer taxes for wages paid to journalists
The bill claims that all American minorities are “denied a full opportunity” to participate in American life.
Promotes funding for racism and discrimination training curriculum; refers to pregnant women as pregnant “individuals”
Subjects small businesses with $600 in transactions to backup tax withholding requirements if they fail to comply with IRS regulations
Spends $2.5 billion for “Community-based Violence Intervention initiatives” which could be used to deny the individual exercise of the 2nd Amendment without due process
Requires pre-K staff to have a college degree, potentially limiting labor supply of pre-K staff
Allows taxpayer money to fund elective abortions, subsidizing plans that cover abortions, and creates new avenues for taxpayer money to be spent on pro-abortion facilities
Fund the conversation of the Postal Service and General Services Administration vehicle fleet to electric engines at a time when there is a global microchip shortage.

Changes Coming in the Senate

The Build Back Better faces an uncertain future, as Manchin and Sinema has shown concerns about the bill’s enormous spending. Manchin has said that he opposes the four-week family paid leave provision in the bill, and has noted concerns about how the bill may impact inflation.

Sen. Bernie Sanders (I-VT), the Senate Banking Committee chairman, has said he opposes raising the SALT cap deduction, believing that it would favor the wealthiest of Americans and cost billions of dollars.

Although the Senate will have to figure out to pass the legislation, it could have devastating implications for Democrats’ chances to hold the House majority.
Rep. Kat Cammack (R-FL) said in a statement after the House Build Back Better vote:

Since this bill’s inception, and throughout its many changes, iterations, versions, and revisions, I’ve maintained that this bill is a heaping pile of garbage. It’s an American dream killer, sells future generations down the river, and utterly changes the moral fabric of our nation for the worse. From the very beginning, we’ve known that this bill would cost the American people trillions of dollars, yet even without a CBO score, congressional Democrats wanted to forge ahead with a vote on this disastrous piece of legislation, ignoring the dangerous implications it will have on already-soaring inflation and our economy.

“One thing I can say with extreme certainty: the House’s passage of this dumpster fire of a bill just solidified an overwhelming Republican majority in 2022. Now we sit back and wait for the record number of retirements by House Democrats; they know they won’t survive this, but they voted for it anyway. Shame on them,” she added.