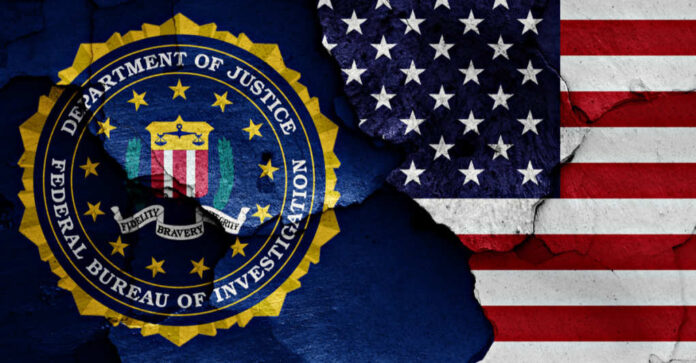 The recent discovery of the FBI’s creating a database and tagging data on parents for speaking out about their child’s education has sent shock waves across the US. While the whistleblower came forward through the DOJ, the FBI was ready to explain and defend what they did. As many would expect, the more they tried to defend their actions the more they buried themselves under a mountain of bad news.

Rep. Jim Jordan (R-OH) called out Attorney General Merrick Garland on the FBI’s use of this tagging. “The email… referenced your October 4 directive to the FBI to address school board threats and notified FBI personnel about a new “threat tag” created by the Counterterrorism and Criminal Divisions. The email directed FBI personnel to apply this new threat tag to all ‘investigations and assessments of threats specifically directed against school board administrations, board members, teachers, and staff.’…The email articulated the purpose as ‘scop[ing] this threat on a national level and provid[ing] an opportunity for comprehensive analysis of the threat picture for effective engagement with law enforcement partners at all levels.’”

While these emails and tags are bad enough, the FBI couldn’t just let this be well enough. They went for broke, and sure enough, ended up going full tilt on the subject. “A tag is merely a statistical tool to track information and for review and reporting. The creation of a threat tag in no way changes the long-standing requirements for opening an investigation,” the FBI released in a statement. “Nor does it represent in a shift in how the FBI prioritizes threats. The FBI has used tags to track everything from drug trafficking to human trafficking.”

Yes. Drug tracking and human traffickers. These are the two groups concerned parents want to be compared to or treated like. One has been the plight of American society for decades, caused untold deaths, and is an incredibly violent section of crime. The other has been secretly operating under our noses also for decades and for every disgusting organization they capture there are four more left out there. Those who are caught in human trafficking are never the same afterward, even after years of therapy. The level of destruction something like that does to the mind is ungodly.

So comparing John and Jill Taxpayer to people like that because they care about the education and treatment of their child at school is insane. Yet in the FBI’s eyes, it’s ok because it’s ‘just a tag’. Unfortunately, once these tags are applied they can seriously mess with every facet of a person’s life, and they can be nearly impossible to get off.

As many have discussed, the idea that any of the alphabet boys need to get involved with the local PTA like it’s the next ISIS is insane. It’s like the return of the great gangland task forces of the 1970s and 1980s that disrupted so many great families on nothing more than the lies of paid informants or people looking to cop a plea deal for a big charge. It will do nothing but cause more unnecessary problems for the average American family, and the reasoning is insane. Again, these are caring parents, shouldn’t this be something we want to see more of in our country? Or are they of the belief that parents should blindly march along to any idea the local PTA or school board has crawled across their brains?