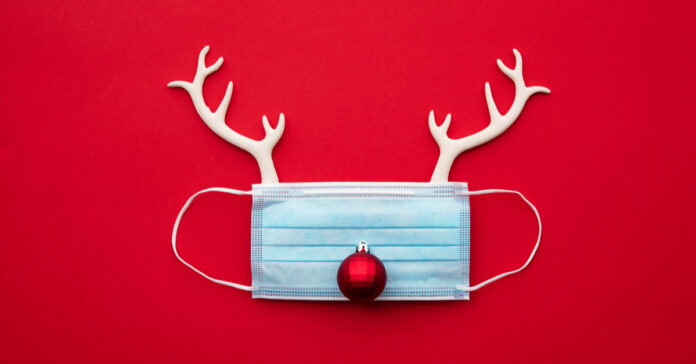 With vaccine rates slowly increasing across the board, no doubt due to Biden’s proposed and unconstitutional vaccine mandate, you’d think things would be allowed to go back to normal. I mean, that’s what was promised, wasn’t it? If we go the vaccine, we could go to work, as usual, our kids could continue their in-person education. We could go out to eat and, when it comes to the holiday season, we wouldn’t be denied the company of our friends and family members.

However, it would seem as though that won’t be the case, at least in some areas.

Take the small British territory of Gibraltar, for example.

Here, vaccination rates are above 100 percent. And yes, I mean above. According to city records, every adult and vaccine-eligible citizen, all 34,000 of them, have been fully vaccinated since at least March, if not before.

But, as eTurbo News reports, double jabs have also been received by each and every incoming Spaniard who cross the border every day for work or holiday. This puts the area’s vaccination rate at around 118 percent, according to the outlet. No wonder it’s being called the ‘most vaccinated place on Earth.’

And yet, COVID cases are surging there. Enough so, in fact, that the area’s government officials are advising the canceling of Christmas, both for family and work or government events.

In a government-issued advisory announced last week, it was noted that cases began surging in October, and they have continued into and through November. According to current territory records, there are 359 active COVID-19 cases, with five of those resulting in hospitalizations.

As they say, “This means that it is essential that the public conduct themselves in a cautious and sensible manner bearing in mind that we are still in a global pandemic and that people are losing their lives every day all over the world.”

In addition, they “advise” that upcoming holiday and Christmas celebrations be either canceled or postponed, at least for the next four weeks or so. And the government is going to lead by example in doing so.

Officials have said that a number of “Christmas parties, official receptions and similar gatherings” will be canceled in the near future in the hopes that individual citizens will take the same measure of discretion and cautiousness into their own lives.

It is noted that canceling Christmas is not mandated “at this stage.” Instead, such decisions are being left to the people to “exercise their own judgment.” However, they are reminded that dangerous consequences may occur should their advice not be followed.

According to government officials, this advice may change after the proposed four-week period of the future, as this is when their vaccine booster program will be rolled out. After the booster shots are all given out, this advisement may be recalled depending on the number of active COVID cases in the area.

Again, the hope of normal is given with reliance on a booster shot that is likely to do nothing more than the vaccine did…

Now, to be clear, Gibraltar is an entire ocean, and a large one at that, from the US. In addition, it is run by an altogether different kind of government for the most part. Therefore, what is done there, may not happen here.

However, it doesn’t exactly bode well for us here in the not nearly so vaccinated US, does it?

I mean, even the United States’ most vaccinated states, such as Vermont, only boast of having about 70 percent of the population vaccinated. And as winter and cold and flu season set in earnest, it is assumed COVID case numbers will rise, both among the vaccinated and Unvaxxed.

This means it is altogether likely that some US leaders, both on the local and state levels as well as federal, will try to ‘advise’ or even mandate that our holiday season be canceled too. After all, more than a few tried to do it last year.

Let’s just hope our leaders have seen that forcing mandates and rules on us is not in their or our best interest.