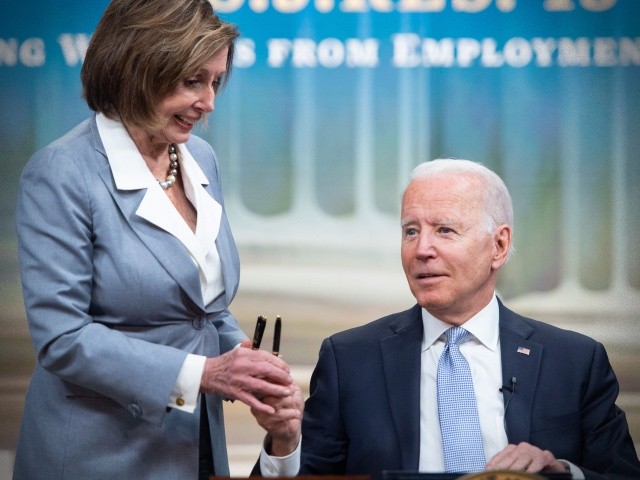 As part of Biden’s “Build Back Better Act,” which was already passed by House Democrats, nearly 600,000 more working and middle class Americans earning $75,000 or less a year would be audited by the IRS, an analysis by Republican lawmakers reveals.

“Democrats’ tax and spending spree will more than double Americans’ chances of being audited as it targets lower and middle-income earners,” the analysis states:

The proposal will lead to an additional 1.2 million IRS audits each year, nearly half of which will hit middle class families making less than $75,000. All this so Democrats can wring an extra $200 billion out of the American people, particularly from middle class families and small businesses.
[Emphasis added]

Biden’s plan to supercharge the IRS with $80 billion in mandatory funding and 87,000 new IRS agents will lead to drastically higher audit rates for all Americans at every income level according to the Congressional Budget Office. [Emphasis added]

In addition, Biden’s Build Back Better Act will “mean more than 800,000 more federal tax liens on taxpayer property such as homes and vehicles,” the analysis states.

Also, because the majority of underreported income to the IRS is from those earning $0 to $200,000 a year, the plan will mean more targeting of not only working and middle class Americans but also small businesses.

“The Biden plan will mean more audits of the middle class and lower-income Americans, 800,000 more federal tax liens per year, and more IRS shakedowns of American families and small businesses,” the analysis states.

At the same time, Biden’s Build Back Better Act would provide a $625 billion tax cut for the wealthiest Americans living in blue states — paid for by working and middle class Americans — as a result of an increase in the State and Local Tax (SALT) deduction cap.