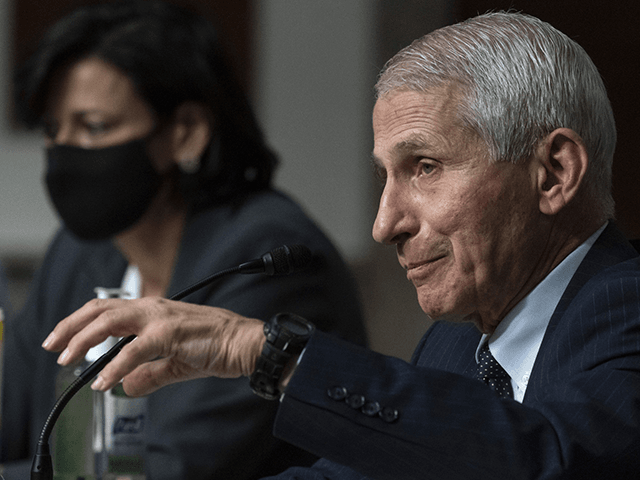 During an interview on Face the Nation Sunday, Fauci repeated his line that criticisms against handling of the coronavirus pandemic (and his possible role in its origins) is “really criticizing science.”

Anybody who’s looking at this carefully, realizes that there’s a distinct anti-science flavor to this, so if they get up and criticize science, nobody’s going to know what they’re talking about. But if they get up and really aim their bullets at Tony Fauci, well people can recognize that there’s a person there, so it’s easy to criticize, but they’re really criticizing science because I represent science.

In a tweet on Sunday, Rand Paul, one of Fauci’s top critics, characterized the doctor’s statement as being the height of “absolute hubris.”

“The absolute hubris of someone claiming THEY represent science. It’s astounding and alarming that a public health bureaucrat would even think to claim such a thing, especially one who has worked so hard to ignore the science of natural immunity,” Paul tweeted.

This past October, a letter from the National Institutes of Health to House Oversight Committee Ranking Member James Comer (R-KY) showed that the institute did fund gain-of-function research at the Wuhan Institute of Virology through a grant awarded to Eco-Health Alliance, contradicting Fauci’s claims that the institute never funded gain-of function research. Rand Paul, who initially raised the red flag about Fauci’s role in gain-of-function research, publicly said that Fauci shoud be “held accountable” for allegedly lying to Congress:

I don’t know if they have time to go after Dr. Fauci for lying. He should be held accountable because what we have developed as a system of health care in our country where doctors are afraid to speak out because they will cut out their research funding, doctors who have talked about innovative treatment to try to help people survive COVID are being lectured and told we will take your license. This is the kind of thing, this top-down centralization of medical authority, it’s not good for our country and it’s not good for innovation.

During his interview on Face the Nation, Fauci deflected on calls for him to be investigated by suggesting that Republicans such as Sen. Ted Cruz (R-TX) are using him as a “scapegoat” over what happened on January 6.