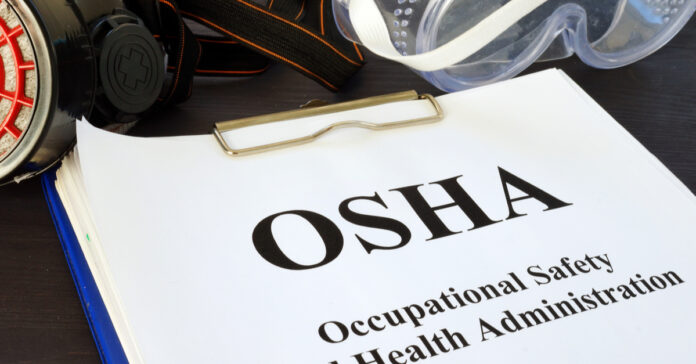 Joe Biden is the man standing in a pool of controversy as one policy after another is being challenged in court. And so far, every one of his court battles has hit him with a loss. But that does not seem to faze the old man from issuing new mandates and regulations designed to circumvent the Constitution. His far-left focus is damaging the country in a way that will take years to fix. But as a liberal, all he can see is the present as he operates and will give no thought to the future of the country.

The Democratic Party has one mission on their mind and that is to pass every possible bill they can before they are stopped in 2022. They pack out their agenda and bills with socialist poisons and try to pass them off as something that is good for the county. But what is happening is that their base is slowly leaving and when the midterm elections come up, they are going to find just how unpopular they are.

Biden’s latest attempt to force people to follow his lead has been met with stiff resistance. The private sector has all but turned its back on the vaccine mandate. And many states are passing laws to keep the president’s gross overreach of power from affecting their states.

And now it seems that the very mechanism that Biden was to use to enforce the vaccine mandate is pushing back and telling him that they will not help him enforce the mandate on people. They are refusing to be his enforcers.

OSHA is the entity that the president wanted to use to enforce his illegal mandate. But the organization has relented from following suit and obeying since several courts have put a stop to the mandate in the private sector. There is so much controversy over the vaccine that the courts are having to stop it from moving forward until it can be worked out and determined if it is legal to force on the people.

OSHA does not want to be in the middle of the lawsuits that are plaguing the president. they recognize that the president is the source of the trouble, and they will not be dupped into standing with him when it comes time for him to face the music of his choices.

The suspension of the implementation and the enforcement of the mandate is officially suspended until the issue can be settled in court. The mandate and order for OSHA to act was to take effect the first of the year. But they are not moving forward until the matter is cleared legally.

Townhall has reported that the OSHA website has stated that “On November 12, 2021, the U.S. Court of Appeals for the Fifth Circuit granted a motion to stay OSHA’s COVID-19 Vaccination and Testing Emergency Temporary Standard, published on November 5, 2021 (86 Fed. Reg. 61402) (“ETS”). The court ordered that OSHA ‘take no steps to implement or enforce’ the ETS ‘until further court order.’ While OSHA remains confident in its authority to protect workers in emergencies, OSHA has suspended activities related to the implementation and enforcement of the ETS pending future developments in the litigation.”

America is the land of the free and for a person to come along and try to change what makes America great is communistic at best. Joe Biden thinks he can issue executive orders and not have anyone challenge the legality of his orders. The crazy old man lives in a world invented in his mind and he cannot seem to make the connection to reality because of his mental state.

The Republican states are the ones setting the tone for the fight in court. Ron DeSantis sits at the head of the anti-Biden movement as one lawsuit after another is being filed against the old man. The Fifth Circuit Court of Appeals has already stated that the mandate has several “grave statutory and constitutional issues.”

The president has even moved and stated that businesses should ignore the courts and do their will regardless of the consequences. The president is not the one that will face prison time for violating injunctions. The old man just does not care about the system of rule the Founding Fathers have set up in America.