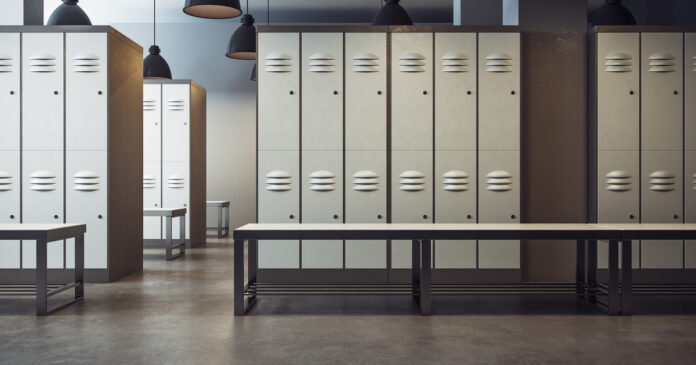 The liberals are full of themselves as they think they can dictate what people get to do with their lives. Their continuous attacks on personal freedoms and educational centers have earned them the notorious reputation of socialist animals. Their poisonous doctrines and abrasive behaviors continue to put children in danger of being assaulted by other young people that are told they can use the locker rooms of the opposite sex.

The Long Beach Unified School District is one school district that has bought into the lie that they need to provide an area where boys who want to play house can use a gender-neutral locker room to get ready for sports or gym. The school district is looking to build a new aquatic center that will let boys and girls use the same locker room.

The “all-gender” locker room will be placed at the Wilson High School located in Long Beach, California. The city of Long Beach is an area where the LGBTQ people love to settle because they have found an area where they can be accepted by liberals pretending to care about them.

The lousy liberals want to let boys and girls pretend to be something they are not. And with that nonsense comes the choice for them to pick what bathroom to use. This lets men prey upon innocent women and puts the girls in a dangerous position.

Parents have gotten wind of the proposed plan, and they are furious with the decision. There are significant concerns with the idea, but the liberal school system is not listening to parents, and they see parents as the enemy of them pushing their poison on their kids.

The Assistant Principal Guillermo Jimenez was the one tasked with sending out a notification of the pathetic plan. The school district is putting on a meeting to use the opportunity to let parents voice their concerns.

His email stated that “Parents and guardians are invited to join a virtual community meeting on Tuesday, November 30 at 6 p.m. to learn more about the new aquatic center and inclusive locker room coming to Wilson High School fall 2023. Construction will begin next summer.”

The email itself tells the reader that the building will be built, but they still want to hear their concerns. The liberals are turning up their noses at the idea of parents wanting to stop the center’s construction. But at the same time, they want to appear sympathetic to the wishes of their parents. But in all truth, they could care less.

The liberals have become so bold under the sad leadership of Joe Biden that they are willing to build facilities worth millions of dollars to try and appease a minority of people who want to be something they were never designed to be.

The Daily Wire has reported on a publication from the school that the school “met with a Wilson High School student focus group to discuss the new inclusive locker room prototypes. While discussing the reason for these new spaces, the instructor stated it was created as ‘a safe space for people who might be otherwise uncomfortable.’”

The school met with many confused students but never once consulted parents about the facility and its purpose. The liberals hide their agenda and poison the people that can fight for their kids. Teens do not understand the ramifications of their decisions. And for the school system to pander to the childish desires of confused young people is childish at best.

The Daily Wire also reported that a significant concern is that “Privacy is a concern for many students faced with the prospect of communal showers and large undifferentiated changing areas. It would seem that most individuals – irrespective of their gender identity and expression – don’t want to change in the open or bathe in gang showers.”

The safety of women is not a concern of liberals. But the parents are highly concerned that rapists will take advantage of the women and abuse them in the open locker rooms. Many students have stated that they will not use the bathrooms until they get back to their homes. The kids need the protection of their parents and Republicans trying to stop the liberal poison.