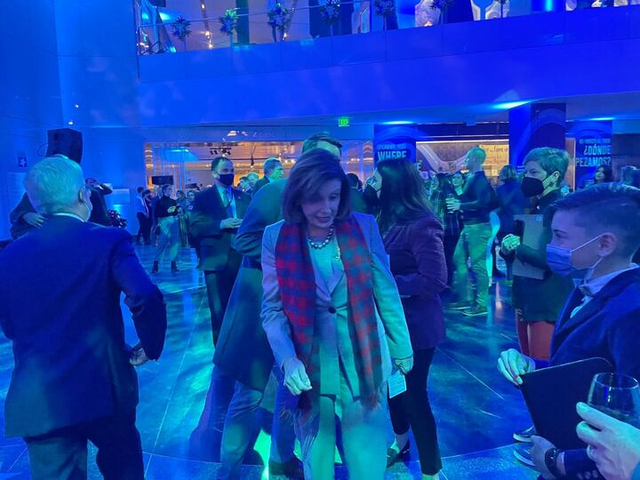 “Now that Omicron has emerged, I wonder if any Republican Hill staffers regret embracing anti-mask sentiment as a personality trait,” said Patterson.

Reactions to the photos from Republicans on Capitol Hill came in quickly after the story was published.

“Rules for me but not for thee,” said Steve Guest, a special advisor to Sen. Ted Cruz (R-TX)

“If you tell your neighbor there are landmines under your lawn, and he sees you dancing on your lawn the next day, he won’t call you a hypocrite — he will call you a liar,” said Pushaw. “That’s how I see politicians who push mask mandates. They take you for a fool.”

While Democrat politicians have pushed mask mandates across the country, Republican states like Texas and Florida have taken a more relaxed approach, with little resulting difference in case numbers.

Patterson has not replied to a detailed request for comment from Breitbart News, including a series of questions about whether or not she still has confidence in Pelosi’s leadership, plans to continue working for Pelosi now that her boss has been exposed as a serial mask policy violator, and why anyone should believe anything Patterson ever says ever again about the pandemic or anything else for that matter.