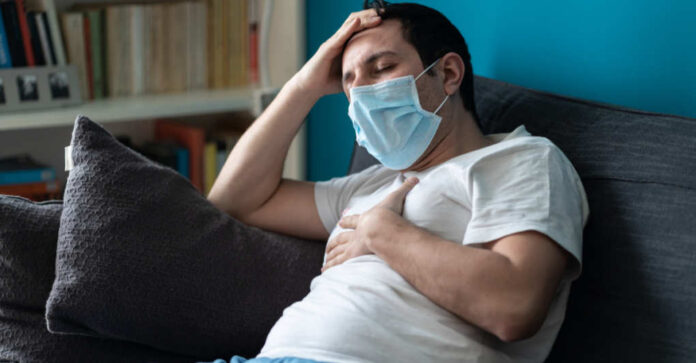 If you haven’t heard yet, there’s a new variant of the COVID-19 virus on the loose. And just like with the formerly identified Delta variant, the world, or at least liberal politicians and world leaders, are jumping on the panic bus and calling for draconian lockdowns and mandates all over again.

The only problem is that the variant, known as Omicron, doesn’t seem to be all that dangerous.

In fact, according to the doctor who first discovered it in her home country of South Africa, the symptoms are “unusual but mild,” making any chaos over the newly discovered virus form nothing if not “premature.”

Introducing Dr. Angelique Coetzee, who owns her own private practice in Pretoria, South Africa, as well as chairs the South African Medical Association.

According to the Guardian, Coetzee began to see patients complaining of some rather unusual symptoms about two weeks ago, namely that they were extremely tired and/or experienced soreness of muscles.

Unlike those with the first variant of COVID or the second Delta one, they didn’t tend to run fevers, they weren’t coughing up lungs, and they didn’t even lose their sense of taste and smell, which is known to be one of the most common symptoms

Coetzee told the Telegraph, “Their symptoms were so different and so mild from those I had treated before.”

She noted that they had come from all walks of life, with most patients being healthy men who said they were just suddenly “feeling so tired.”

However, she also saw a six-year-old girl complaining of the same unusual but once again mild symptoms. In addition, the young girl experienced a low-grade fever and a high pulse rate. But after two days, the symptoms dissipated, and the girl’s health returned.

Coetzee noted that about half of the Omicron patients were vaccinated, half were not.

Now, to be clear, the doctor is a big advocate for the vaccine, saying that getting vaccinated is very important and not only a government obligation but a “responsibility of the public as well.” However, she isn’t one to push her beliefs on others.

As Coetzee told the outlet, “You can only ask people so many times to go and get vaccinated.” If they don’t, well, there will be “consequences” that the world will deal with. But that doesn’t mean their rights should be trampled on to avoid those consequences.

And it certainly doesn’t mean that the world needs to enter another lockdown phase because of this new variant – at least not yet.

According to Coetzee, “it’s all speculation at this stage.” She explained that nothing is sure yet, with only two weeks of knowing about the variant and its data being next to non-existent. It could be that it’s highly contagious. It could be that symptoms return later.

However, as for the moment, Coetzee has no real cause for concern. So far, all of the cases of Omicron have been mild, with everyone recovering in just a few days.

Of course, that may not be the case for those contracting it who are in the “very at-risk” category. Just like with the other variants and every other medical diagnosed disease or illness in the world, pre-existing conditions such as diabetes, heart disease, and a menagerie of other things could exacerbate symptoms and make the dangers much more severe.

The keyword here is “could.” Things could get worse. But they just as easily might not.

And it’s clear those of the liberal-minded tend to assume the former. You know, those like American Democratic President Joe Biden. In the days following the variant has become known to us, Biden immediately instituted travel restrictions from a number of African countries, including South Africa, where it is believed to have originated.

But it is clear that these travel bans are nothing but a “knee-jerk reaction,” as those like South Africa’s health minister Joe Phaahla remind us that even the World Health Organization doesn’t suggest these standards or norms. Furthermore, he points out that those countries all too quick to impose the restrictions are the same ones “battling their own waves” back home.

What’s that Biblical passage about taking care of the plank in your own eye before worrying about the splinter in someone else’s?