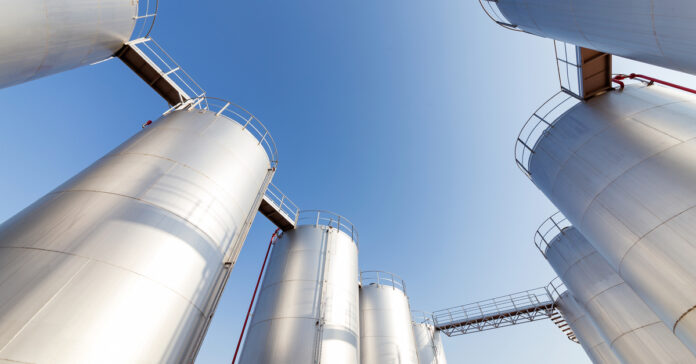 Joe Biden has made a terrible mess of the country. He has lied to people and done things that have eliminated millions of jobs around the country. The most notable betrayal involves the higher gas prices that everyone has to pay at the pumps now because the old man has killed off the oil industry. And when his Democratic buddies finally asked him to do something, all he could think of was to use the strategic oil reserves.

The use of reserves is a short-term solution. But once those reserves are gone, America will be in a dire predicament should there be a need to use them in a real emergency. Biden is not thinking with his brain, and he is being told what to do by socialists seeking to control the country. And in the end, it will be the people that suffer the most.

Gas prices continue to rise now that America is independent on foreign oil again. The price people are paying continues to rise at fast rates because Biden refuses to let American oil drillers pump the resource out of the ground.

Donald Trump had gotten America to where the country did not have to rely on foreign oil to operate. The country could confidently run its course without having other countries threaten to withhold oil to force America into an agreement or some illegal venture.

Newsmax reported that “Oil prices rose on Monday, rebounding from recent losses, on reports that OPEC+ could adjust plans to raise oil production if large consuming countries release crude from their reserves or if the coronavirus pandemic dampens demand.”

Oil prices may go up worldwide, but American drivers are having the most challenging time paying the prices after coming out of Biden’s pandemic. Biden is not the only one planning on releasing oil reserves, and other nations such as Japan and India are about to follow suit.

Biden claims that he tried to get the Organization of the Petroleum Exporting Countries to remove more oil from the ground. His efforts fell short again because none of the other nations will take him seriously because he has become a clown. No one can trust the man, so they will not listen to him or work with him.

Phil Flynn is a senior analyst at Price Futures in Chicago. He noted that “OPEC is sending a signal that if these players do this, they have some barrels they can withhold and will offset the impact of a release.” In other words, whatever Biden does to drop the oil price in America will be countered by OPEC, which will nullify Biden’s best effort.

The old president is finding out that he has lost the power to get others to do what is in the best interests of America and other countries. When he killed American oil production, he gave all the playing cards to people that do not care about American needs, and all they wanted was the American dollar.

Flynn reported that “I see them sticking to their current plan in light of the supply surplus for next year, which is typical for oil markets in the first quarter. If they are going to make a change, it will be because of unforeseen external factors, such as these lockdowns in Europe, any kind of strategic release, and shifts in jet fuel demand.”

Biden’s best effort to reduce the price at the pump will only last two weeks at best, and his plan is another picture of how he attacks the symptoms instead of working on the problem. The prices at the pump will return to high levels once the reserves run out. And Biden will have put America in a tough spot that will take years to get out from under.

The pandemic has caused a lot of trouble for many people. But Joe Biden has taken the harm one step further, destroyed lives, and made America the laughing point for jokes worldwide.