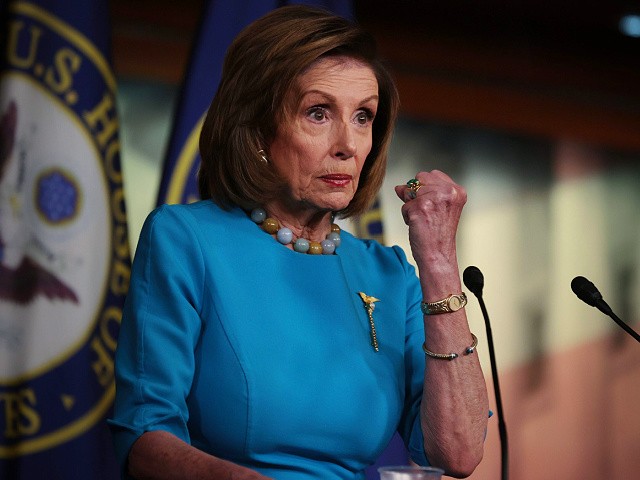 The announcements are piling up from vulnerable Democrats saying they are leaving their current seats to either retire or seek a different office. This hurts Pelosi’s chances of remaining in the majority because Republicans only need to net five seats to get the House majority and retire Pelosi as speaker after the midterms.

Not only have 19 Democrats decided to call it quits on the House officially, but three committee chairs will also be leaving — most of which are in battleground districts. This gives Republicans a chance to gain another seat, and strong Republican candidates are already running in the majority — if not all — of the 19 districts.

The remaining vulnerable Democrats will have to face tough reelection battles across the county and, in most cases, have to campaign in areas that have more than likely been redistricted. Also, democrats, during the last 11 months in office, have been siding with President Joe Biden on many key partisan issues, and his approval numbers have tanked over time.

On Wednesday, vulnerable Democrat and House Committee on Transportation and Infrastructure Committee Chairman Rep. Peter DeFazio (D-OR), who has been a part of the ongoing infrastructure talks, announced he would be the nineteenth Democrat to not run for reelection after his current term in Congress.

DeFazio’s departure as a chair casts more doubt on the Democrats’ chances of keeping the House after the midterms. Courtney Parella, a spokeswoman from the National Republican Congressional Committee (NRCC), said, “Committee Chairs don’t retire unless they know their majority is gone.”

DeFazio joined the ten Democrats who already announced they are retiring from public office after the current term, which expires in January 2023:

Additionally, eight Democrats have announced they are running for a different office:

There are rumors of more Democrats abandoning ship in the coming weeks and months leading up to the midterms. In addition, there have been reports of Pelosi herself contemplating leaving elected office.

US President Joe Biden hands a pen to Speaker of the House Nancy Pelosi after signing S.J. Res. 13, a bill dealing with Employment Discrimination, during a ceremony in the Eisenhower Executive Office Building in Washington, DC, June 30, 2021. (Photo by SAUL LOEB/AFP via Getty Images)

There are also members such as embattled Rep. Vicente Gonzalez (D-TX), who announced he would be running for reelection, but in a different congressional district where he is an incumbent. In October, he announced that he is abandoning his constituents and his seat to run in a new district instead of reelection in his now-competitive congressional district, which Republican opponents have long sought to win.

Breitbart News has extensively reported on Pelosi’s majority crumbling in the past, with the Democrats struggling to find new candidates to run in some congressional districts because the majority, if not all, of the contested districts have strong Republican candidates already running.

In September, a report from Politico outlined that House Democrats spent their last two elections (2018 and 2020) talking about their achievements unseating members in red districts — which have since become more competitive over the years. This happened as the majority of the districts where millions of dollars and hundreds of hours were spent fighting Republicans could disappear after redistricting.

President Joe Biden recently saw his lowest job approval numbers. According to a Zogby poll, Biden’s job approval found a new low of 36.4 percent during the first nine months of his presidency. While the survey also found that 61.3 percent of the respondents gave Biden a negative rating, the president was underwater with all age categories, particularly with the younger generation of voters between 18 and 29, which viewed him 63 percent negatively and only 34 percent positively.