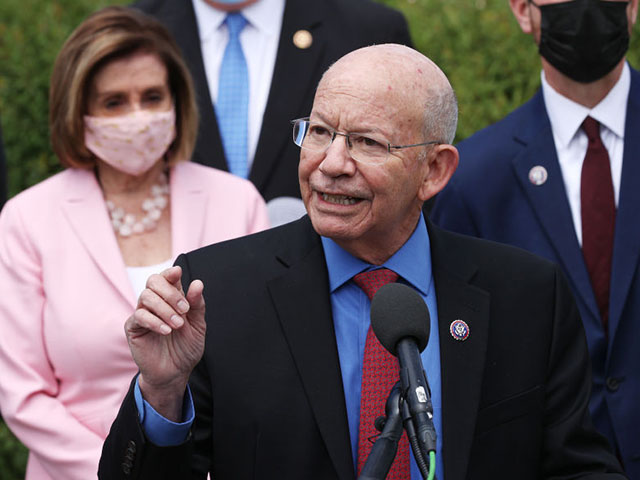 “With humility and gratitude I am announcing that I will not seek re-election next year. … It’s time for me to pass the baton to the next generation so I can focus on my health and well-being,” DeFazio wrote in a statement. He noted that his decision to retire was “tough” to make “at a challenging time for our republic with the very pillars of our democracy under threat.”

DeFazio leaving will cast more doubt on the Democrats’ chances of keeping the House after the midterms since he has been leading the charge in his Transportation and Infrastructure Committee to push through parts of the partisan agenda items from House Speaker Nancy Pelosi (D-CA) and President Joe Biden.

The agenda ideas include the $1.2 trillion infrastructure bill — which was signed into law by Biden — and the $1.75 trillion Build Back Better Act, also known as the Democrats’ reconciliation infrastructure bill, which was passed in the House on a near party-line vote, with one Democrat defector. The bill was considered the “marquee legislation” for Biden’s legislative agenda, in addition to adding three-quarters of a trillion dollars to the American deficit over five years.

DeFazio retiring not only makes him the 19th Democrat to announce they are abandoning the House by retirement or choosing to run for a different position at either the state or local level, but DeFazio would become the third committee chair to make the announcement. Courtney Parella, a spokeswoman from the National Republican Congressional Committee (NRCC), said, “Committee Chairs don’t retire unless they know their majority is gone. Nancy Pelosi’s days as Speaker are numbered.”

The congressman has been a close confident to Pelosi, voting with her 100 percent of the time and not turning away from helping Pelosi pass partisan agenda ideas. Pelosi will now have to find a Democrat willing to run in the district, potentially against Republican Alek Skarlatos, an Army veteran and competitive contender who has been on a fundraising spree since announcing his candidacy.

Skarlatos noted Wednesday in response to DeFazio’s retirement that the Oregon Democrat was leaving after “36 years of failure”:

While DeFazio, 74, has been in charge of major Democrat legislation in his committee, he has also faced multiple problems. He was caught on a hot mic in October blurting profanity during a committee hearing when the time was yielded to a Republican member of Congress. While it remains unclear which Republican the comments were directed towards, DeFazio said, “Oh, you fucking asshole,” right before Rep. Brian Mast (R-FL) had time yielded for him to speak.

Breitbart News in October uncovered a letter from DeFazio allegedly abusing his chairmanship by sending a letter to the Army Corps of Engineers in opposition to a proposed rule to put permanent restrictions on part of the Washington Channel to protect the most vulnerable parts of an Army base. However, the congressman was in opposition to protecting the area where he keeps his houseboat, which he uses as his primary “DC residence” and allegedly resides.

Breitbart News has extensively reported on Pelosi’s majority crumbling in the past and the Democrats’ struggles to keep members in the House but also find new candidates to run for office.