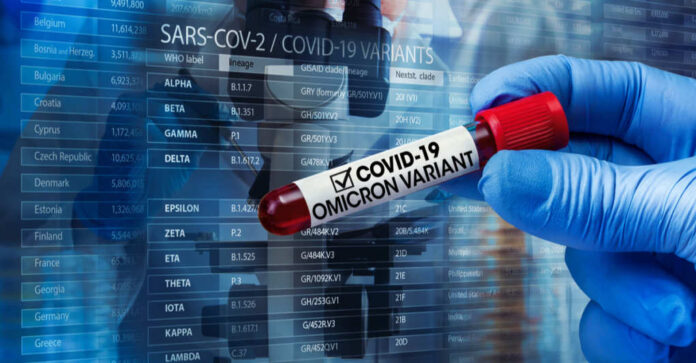 Dr. Fauci pretends that he knows what’s best for the country. And, unfortunately, he has the ear of the entire Biden administration. It seems that whatever he says goes…and he’s now willing to do “anything” it takes to protect us from the latest COVID variant.

Omicron is a variant out of Africa that is starting to concern many within the medical community. And, it’s still too early to answer some of the important questions…like will the vaccine protect us from the Omicron variant and how deadly is the variant.

Still, Fauci wants to hold onto his position as a cultural icon of the COVID pandemic. So, he has things to say about the variant even though there’s not enough science out on the variant.

On ABC’s “This Week,” Fauci warned that the country should be “prepared to do anything and everything” in order to fight the new Omicron variant. What does that look like according to the director of the National Institute of Allergy and Infectious Diseases? Lockdowns and mandates, to start.

George Stephanopoulos seemed to be concerned, asking about whether we should expect to see more lockdowns anytime soon.

Fauci wasn’t ready to commit to anything just yet. “I don’t know, George, it’s really too early to say. We just really need to, as I said so often, prepare for the worst. It may not be we’ll have to go the route people are saying. We don’t know a lot about this virus. So we want to prepare as best we can, but it may turn out this preparation, although important, may not necessarily push us to the next level.”

Often, Fauci is quick to jump the gun. The advice that he offers up tends to be wrong. When the pandemic first started in March of 2020, we were told that we didn’t need masks. Obviously, things have changed since then. We were also told that the vaccine would provide us with protection…and now we know that isn’t necessarily the case, even with booster shots.

It’s hard to rely on anything that Fauci says. He told Stephanopoulos that he wants to see what the variant does and to use the information as he gets it in real-time.

He did promise to “make decisions based on the science and the evidence.” That’s not really comforting, either, though, considering that science and evidence have often been left out of the equations. After all, it’s one of the reasons why the CDC still isn’t considering natural immunity as a reason not to get vaccinated.

Fauci also fails to mention anything about how liberal states often go overboard with lockdowns and mandates because they focus on fear more than they focus on science.

As GOP states opened back up, liberal states doubled down with their lockdowns and mandates. And for what? The states that had the strictest lockdowns didn’t see any considerable decrease in cases in comparison to the states that were wide open.

The fact that Fauci is even talking about the possibility of lockdowns should have us worried. With the economy as fragile as it is, another round of lockdowns like we had last spring will completely destroy us. Yet, somehow, we wonder if the liberals would be too upset about that. After all, their moves of late seem to want to destroy the economy.

If Omicron turns out to be the scary variant many believe it could be, Fauci will have to prove the science before Americans bother listening to him again…