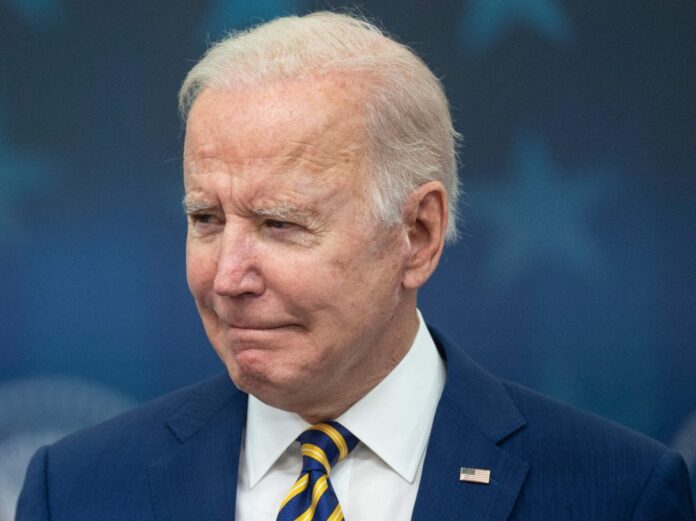 These “sanctuary country” orders are directions by top officials in the Department of Homeland Security (DHS) and Immigration and Customs Enforcement (ICE). They require immigration agents to delay the deportation of illegal aliens until they have been convicted of aggravated felonies.

In August, Judge Drew Tipton of the U.S. District Court for the Southern District of Texas issued a preliminary injunction blocking the sanctuary country orders following a lawsuit from the states of Texas and Louisiana.

However, a three-judge panel stayed Tipton’s ruling the following month, saying that “eliminating DHS’s ability to prioritize removals poses a number of practical problems given its limited resources.”

In this July 8, 2019, photo, a U.S. Immigration and Customs Enforcement (ICE) officers escort a man in handcuffs during an operation in Escondido, Calif. The carefully orchestrated arrest last week in this San Diego suburb illustrates how President Donald Trump’s pledge to start deporting millions of people in the country illegally is virtually impossible with ICE’s budget and its method of picking people up. (AP Photo/Gregory Bull)

Now a majority of the 16-judge Fifth Circuit has voted to vacate the three-judge panel’s decision and for all of them to hear the case together in what is called an en banc rehearing.