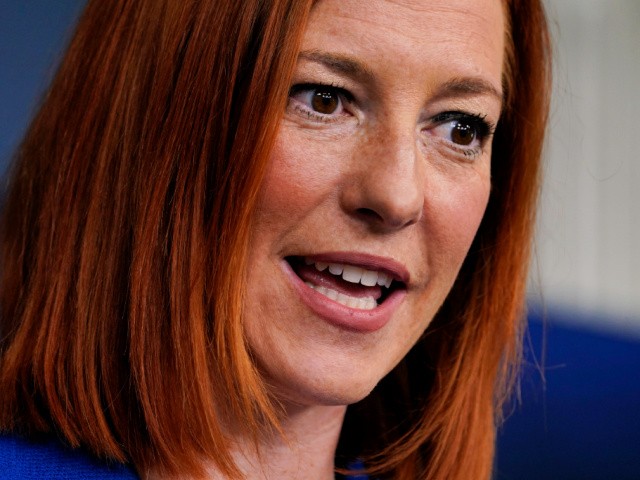 Additionally, during an October 2020 presidential debate between Biden and Trump, Biden insisted that “anyone who’s responsible for that many deaths” — which at the time was at around 220,000 — “should not remain as President of the United States of America.”

When asked by Fox News’s Peter Doocy if that is “still the standard now that more Americans have died under President Biden than President Trump,” Psaki outright dodged the question.

Rather than answer the question, Psaki instead promulgated a known hoax about former President Donald Trump, never answering for the coronavirus-related deaths the United States has suffered under President Biden.

“This president has made the vaccine widely available,” Psaki said of Biden. “He’s relied on the advice of his health and medical experts, and he is trying to be a part of solving this crisis.”

While Biden is “trying” to solve the pandemic, the U.S. death toll from the Wuhan virus is expected to more than double before Biden’s first year in office concludes.

The New York Times has also admitted that more people in the United States have died of the coronavirus this year than last year — despite the widespread availability of vaccines.

“This was supposed to be the year vaccines brought the pandemic under control. Instead, more people in the United States have died from Covid-19 this year than died last year, before vaccines were available,” the New York Times reported.

Approximately 389,089 people in the United States have died from the Wuhan virus so far during Biden’s presidency, according to statistics provided by Johns Hopkins University.