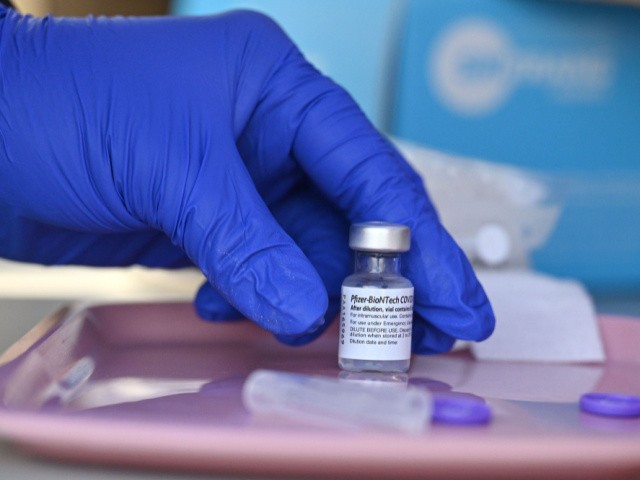 The Senate voted 48-50, just a few votes short of the 51-vote majority necessary to pass the Marshall-Lee amendment to H.R. 6119, the continuing resolution (CR). The Marshall-Lee proposal would have defunded Biden’s vaccine mandate. The CR would fund the government through February 18.

Sen. Steve Daines (R-MT), who voted for the Marshall-Lee amendment, said in a statement after the vote:

President Biden’s overreaching vaccine mandate will hurt Montana small businesses and force hardworking Montanans out of their jobs. Tonight, the Senate had a chance to help kill the mandate, yet every Senate Democrat, including the senior senator from Montana, chose to stand with Biden and voted against it. I won’t stop fighting until Biden’s mandates are no longer a reality.

The CR passed through the House earlier on Thursday despite the objections of House Republicans; only one Republican, the Never Trump Rep. Adam Kinzinger (R-IL), voted in favor of the CR.

“I’ve been very supportive of a mandate for federal government, for military. … I’ve been less enthused about it in the private sector,” the West Virginia Democrat said.

On the Senate floor Thursday afternoon, Lee gave an impassioned speech calling for the Senate to vote on his proposal.

“I just want a vote on one amendment. I want the members of this body to go on record on whether they support funding in this bill. President Biden’s vaccine mandate,” Lee said. “The American people have a right to know through our votes where we stand.”