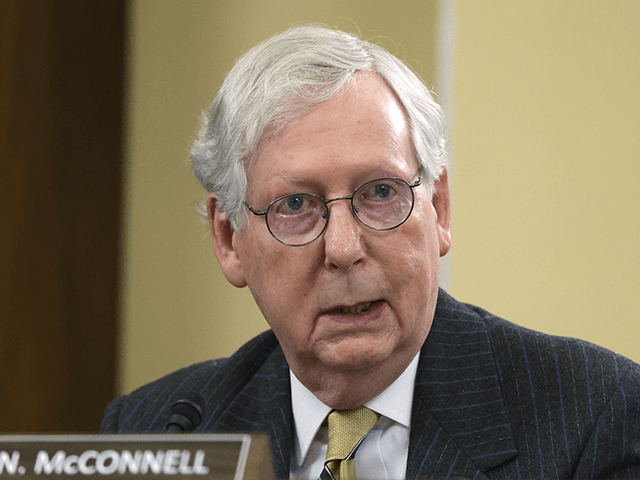 On Thursday’s broadcast of the Fox News Channel’s “America’s Newsroom,” Senate Minority Leader Mitch McConnell (R-KY) argued that there’s a good chance that the federal vaccine mandate will either be struck down by the courts or that the Senate will vote to prohibit the mandate from going into effect, while shutting down the government over the issue is not going to succeed.

McConnell said, “I think there is good news, multiple courts have pushed the pause button on these government vaccine mandates. There’s a decent chance the courts will strike them down. Secondly, next week, we’re going to have a vote on the vaccine mandate prohibiting that regulation from going into effect. I think it has a decent chance of passing the Senate. I don’t think shutting down the government over this issue is going to get an outcome. It would only create chaos and uncertainty. So, I don’t think that’s the best vehicle to get this job done. I think the courts are likely to get it done or we’ll pass, early next week, freestanding, a measure to overturn the government mandate.”

McConnell further stated that there won’t be a government shutdown.