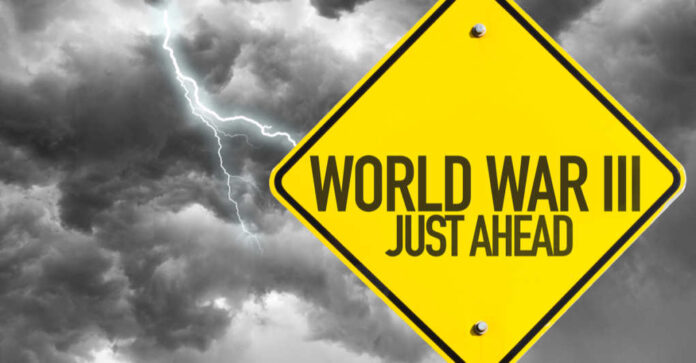 Great Britain has kept no secrets about Russia, China, and Iran posing the biggest threat to them and their allies, one of those allies being the U.S. China is by far the biggest contender and the Brits say that one “miscalculation” on the part of Bejing could lead to the next world war.

Britain’s chief of Secret Intelligence Service commonly referred to as M16, Richard Moore, said that these three countries coupled with international terrorism comprise what they call the “big four.”

Moore said that China is the agency’s biggest priority at the moment as Bejing continues flexing its muscles. They’ve bombarded the UK with propaganda and misinformation even more so than they’ve been guilty of doing elsewhere.

Moore said that China is “an authoritarian state with different values than ours,” and that they routinely conduct “large-scale espionage operations” aimed directly at the U.K. Beijing’s intent is to “distort public discourse and political decision-making.” Via technology, the Chinese are establishing a worldwide “web of authoritarian control.”

Moore said another danger in the escalating threat is “Bejing’s growing military strength and the party’s desire to resolve the Taiwan issue, by force if necessary, also pose a serious challenge to global stability and peace.”

In real words. The Chinese have gotten too big for their britches and will no doubt be taken down a notch by the U.S. should they attempt anything stupid. Boom!

Not to omit the Rooskies from the picture, Moore said his country continues “to face an acute threat from Russia.” You may recall how the poisoning of former Russian spy Sergei Skrpal took place in foggy old London town. According to Moore, this was not an isolated incident. The Russians have been behind numerous murder attempts on U.K. soil.

Just as they have here in our homeland, Russian cyberattacks have zoomed past the planet, Pluto. Ransomware is all the rage as they bleed companies dry to release their critical systems back to them.

Russian hackers continue to interfere in the democratic processes of every free nation in the world, and they’re extraordinarily competent at their jobs. They couldn’t care less about who’s in charge of any country anywhere. Their purpose is to create discourse by inflaming citizens. Period.

Addressing the threat, Moore said, “We and our allies and partners must stand up to and deter Russian activity which contravenes the international rules-based system. No country in Europe or beyond should be seduced into thinking that unbalanced concessions to Russia bring better behavior.” He made special note of the thousands of Russian troops currently lined up at the Ukraine border after concessions were made in 2014 over the annexation of Crimea from Ukraine.

Switching to Iran, Moore said they’re pushing their dirty deeds off on Hezbollah, their very own branded political and militant faction. Moore said that the bloodthirsty militant group acts as a “state within a state.” Similar to the Russians, their mission is to create political turmoil not only within the Islamic world but as far as they can reach.

Every danger facing the U.K. is also staring straight into the eyes of our Goofball-in-Chief, Joe Biden. Increased attacks on the U.K. are attacks on the U.S. and on every other free nation in the world. Nobody should need to Google the word “allies.” If one jumps we all jump.

The U.K. is rightfully taking the threats seriously and it’s fighting a war already in progress while Joe is busy rekindling old relationships with his buddies in Bejing and rebuilding America’s infrastructure that might one day belong to someone else.