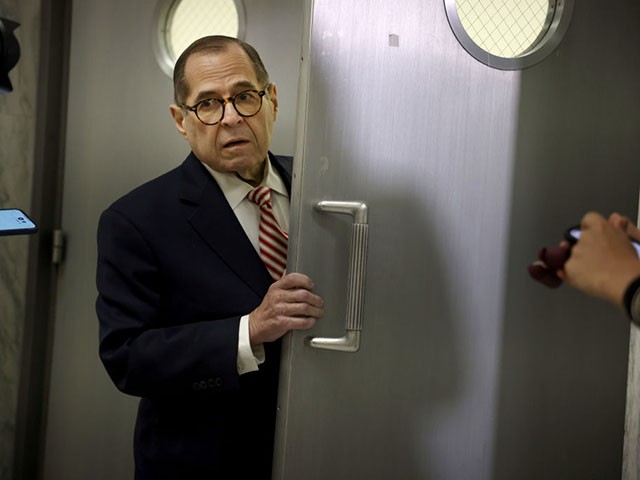 Nadler “rejected” the rumors of him retiring, as well as calling it “crap,”according to Manu Raju — an infamous congressional reporter who usually patrols the halls of Congress stalking Republicans and other members. Nadler said he would “absolutely” run in the midterms.

If the congressman truly did retire today, he would be the twentieth Democrat to announce retirement and the fourth committee chairman. As he is a close confidant to House Speaker Nancy Pelosi (D-CA) — voting with her 99 percent of the time — and has yet to make an official statement that he is running, Nadler may be waiting longer to see what happens with the rest of his party. There has also been speculation about Pelosi calling it quits on the House, instead of having to possibly work in the minority if the Democrats lose their slim majority.

There was a report in November from the New York Post according to “insiders” that Nadler may call it quits after his current two-year term expires in 2022. One of the insiders told the Post that “People are wondering when he would decide to retire,” since he has yet to announce his reelection bid yet.

Another person close to the Democrat told the Post, “The congressman has refused to give a straight answer when the subject comes up.”

Nadler’s departure would not surprise some, as he has had health problems in the last couple of years. In 2019, the Post reported, the then 71-year-old Nadler “nearly collapsed and had to be rushed to a hospital” during a press conference with New York City Mayor Bill de Blasio. After this happened, Nadler claimed that, due to the “very warm” room, he “felt a bit ill” and said he was “obviously dehydrated.”

In 2002, Nadler also underwent gastric bypass surgery during the August recess after facing “decades of health-threatening obesity” and peaking at 338 pounds before the surgery, according to a press release at the time. He wrote: “I want to live to see my grandchildren grow up … How many grossly overweight 80-year-olds do you know?”

Additionally, last year, the congressman rushed home and missed part of the impeachment of former President Donald Trump to be with his wife, Joyce Miller, after she was diagnosed with pancreatic cancer.