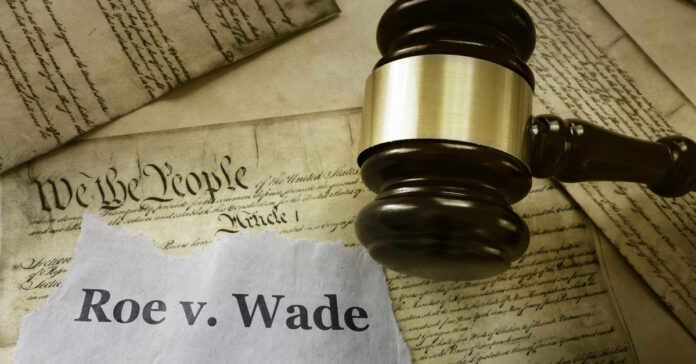 The United States Supreme Court will hear arguments this week in a case that has huge implications. The case is known as Dobbs v. Jackson Women’s Health and it has the potential to unravel Roe V. Wade, the case that has been the subject of massive debate since the decision was made to allow abortions in 1973.

Jeanne Shaheen, the Democratic senator from New Hampshire, spoke at a virtual event on Monday that featured the state’s entire House and Senate delegation. She condemned any attempt to overturn Roe, and she threatened that to do so would cause a “revolution.”

Shaheen said with intensity, “This infringement on women’s rights, on our privacy, on the attempt to have state control of our personal health, really is what we would see in an authoritarian state. It’s not what we would expect in New Hampshire. I think if you want to see a revolution, go ahead, outlaw Roe v. Wade and see what the response is of the public, particularly young people. Because I think that will not be acceptable to young women or young men.”

The New Hampshire senator also issued a public statement in which she said that she had lived the consequences of the pre-Roe era. Shaheen reminisced about friends in college who were forced to seek very dangerous back-alley abortions because women in the nation were denied access to family planning services. She said that our country cannot allow Republican lawmakers to turn back the clock on women’s reproductive health and rights. And she believes that is precisely what the case based in Mississippi seeks to do.

Shaheen declared that politicians needed to sound the alarm for the nation. Fox News reported that Shaheen said that this case isn’t just a decision that impacts women, their health, and their financial security, she believes it is a case that impacts generations of families.

The case, coming to the Supreme Court this week, will consider the constitutionality of a Missippi law that limits abortions after 15 weeks of gestation. It has exceptions for health emergencies and fetal abnormalities.

Carrie Severino is the president of the Judicial Crisis Network. She wrote that the statute conflicts with the court’s controlling abortion cases. In the past, Roe and Planned Parenthood v. Casey held that laws may not pose an undue burden on abortion prior to viability.

But Dobbs v. Jackson Women’s Health Organization now challenges the constitutionality of a Mississippi statute that bans most abortions after 15 weeks of pregnancy. This is well before viability. In recent rulings, the Supreme Court has signaled that it will focus squarely on Roe’s essential holding by agreeing to decide whether all bans on elective abortion before viability are unconstitutional.

The Supreme Court announced in May of 2021 that they would grant certiorari to the case. But their review would only consider the question of whether all pre-viability prohibitions on elective abortions are unconstitutional. “Since the Court, in both Roe and Casey, effectively answered this question in the affirmative, agreeing to revisit this question suggests that the Court will reconsider the basic validity of these precedents,” The Heritage Foundation wrote.