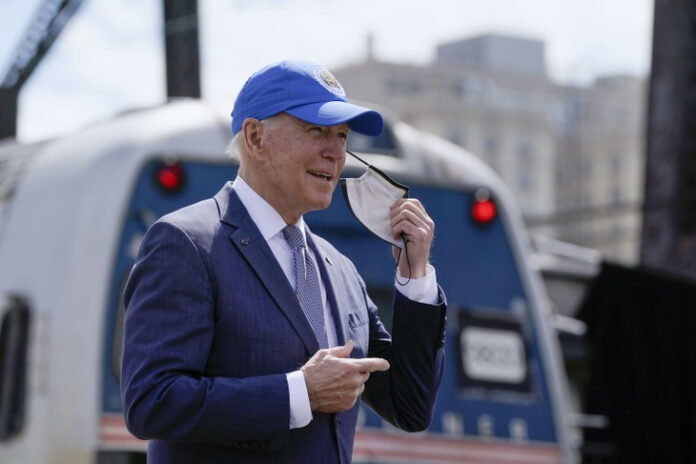 The Democrats used to talk such a big game about removing dark money from the world of politics. They wanted everyone to think that they were going to remove all of the lobbyists from their cushy positions of power. We are old enough to remember when this was the big talk of the 2020 election.

Of course, the Democrats’ campaign promises and their actual governance tend to be much different. An ethics rule that was supposed to keep lobbyists on the outside looking in for a specific period of time is already being questioned. The labor unions have had enough and they are letting the Biden White House know it.

Joe Biden has already tapped one official for a senior position at the Office of Personnel Management (OPM). The woman who was asked to handle this important gig has a past that should have disqualified her entirely. She worked as a lobbyist for one of the largest government employee unions that the country has to offer.

Alethea Predeoux’s lobbyist job should have kept her from being able to remain in contact with her old cronies at American Federation of Government Employees but this administration does not care. She’s already received the necessary waivers and this pesky requirement no longer applies to her. Fox News has more:

“The Biden administration has come under scrutiny from Republicans on Capitol Hill following its decision to circumvent federal ethics rules and staff former union officials in senior posts.

Beginning as early as March, the White House waived certain rules for former labor union personnel slotted to fill Biden’s transition teams and government vacancies, who would have otherwise been prevented from communicating with their old unions.

Senior official in the Office of Personnel Management (OPM), Alethea Predeoux, was granted a waiver to allow her to facilitate communication between the government agency and the American Federation of Government Employees – a union representing 700,000 federal workers for whom she was formally a top lobbyist, Axios first reported.”

Biden’s generosity has been extended to a number of union moles, as you would expect. The Made In America Office is being led by Celeste Drake. It does not matter that her two previous gigs were with Director’s Guild of America and the AFL-CIO. Why should it matter that she’s been working with the country’s biggest labor unions?

The White House gave her the waiver that she needed, too, to the surprise of absolutely no one. There’s one major issue here, though. The OPM and the OMB are both supposed to remain nonpartisan. On the other hand, Biden’s still got tons of campaign promises that have to be kept. He’s got a large assortment of debts that need to be paid off.

Labor unions flushed a sizable amount of money into his campaign. They are certainly going to want a return on their investment and they are going to want it quickly. Biden has made his feelings abundantly clear since the day he set foot in the White House.

He immediately took the unprecedented step of firing National Labor Relations Board members who were appointed by the previous president. This group is supposed to be nonpartisan as well but that did not matter to Biden. Under Biden, Randi Weingarten and the American Federation of Teachers have also been emboldened, as they are now providing medical guidance to the CDC.

This is the part where we would say that the swamp is back now but let’s be real here….it never actually left. Trump may have forced certain parts of the swamp to take a nap during his tenure but Biden has woken them up now. Sleepy Joe is making it clear: our federal government is open for business once again.

Union business is back and it is here to stay as long as the Democrats are in charge. This may sound like a major boon to the American worker but we have serious doubts about that. We now wait for 2024, when the swamp can be drained once again.