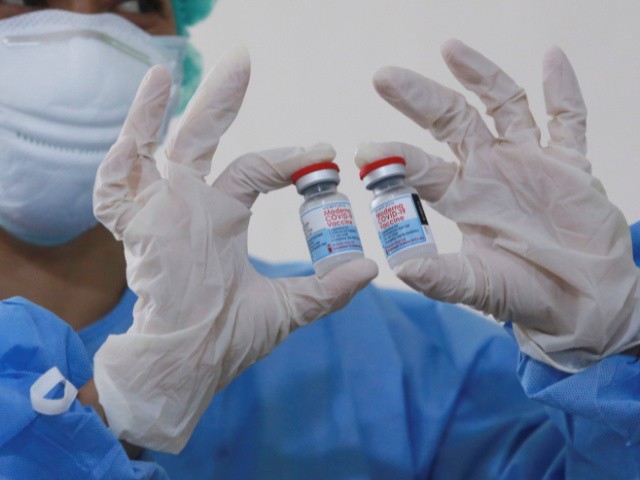 While the survey found that nearly three-quarters of respondents, 74 percent, have been vaccinated and that 65 percent are at least “somewhat” confident in the safety and effectiveness of the vaccine, 54 percent also say they are “concerned” about the “potential of harmful side effects of the COVID-19 vaccine.” Of those, 27 percent are “very” concerned, while a quarter say they are “not very concerned” and another 19 percent say they are “not at all concerned.”

Notably 64 percent of Republicans, specifically, say they are concerned about the potential of harmful side effects, and 52 percent of independents and 45 percent of Democrats share that concern.

The survey also asked respondents if they believe the federal government should have the power to mandate vaccines. Most, 57 percent, said no. That sentiment is shared by 81 percent of Republicans and 63 percent of independents.

Voters 65 and older are most likely to have received the COVID-19 vaccine, and are more confident in the safety and effectiveness of the vaccine compared to younger voters.

More black voters (35%) than whites (24%) or other minorities (31%) say they’re Very Concerned about the potential of harmful side effects from the COVID-19 vaccine.

Government employees are more confident than private sector workers in the safety and effectiveness of the COVID-19 vaccine, and are also more likely to have been vaccinated against the virus.

The news comes as the Biden administration ups its calls for Americans to get vaccinated, now urging parents to get their eligible children vaccinated as well.

While officials tout the effectiveness of the vaccines and booster shots, Dr. Anthony Fauci admitted over the weekend that the Centers for Disease Control and Prevention (CDC) is not publicizing the data on the number of breakthrough infections to the general public at this time.