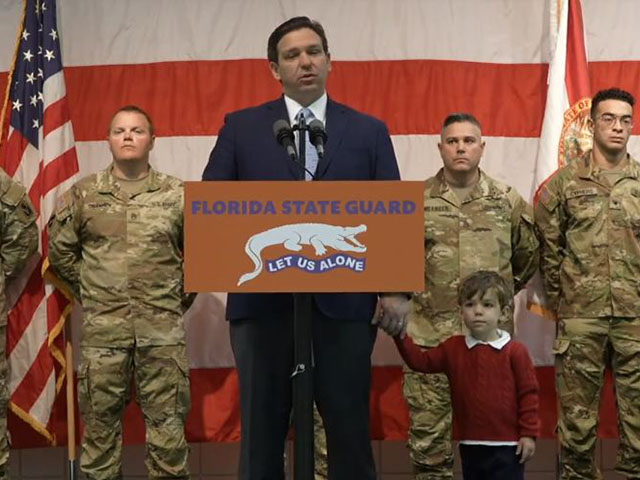 DeSantis called for bringing back the Florida State Guard, a civilian volunteer force whose role will be to assist the National Guard, a press release on the governor’s website read.

The proposal included $3.5 million to establish the guard.

“We also want to make sure that we have the flexibility and the ability needed to respond to events in our state in the most effective way possible,” DeSantis said while unveiling the military funding plan on Thursday:

In late 1940, over one year before the Japanese attacked Pearl Harbor, President Roosevelt signed the State Guard Act, authorizing states to set up replacement forces for National Guards with members going into overseas service, according to Stars and Stripes:

With war on the horizon, Congress passed the act to allow states to maintain forces other than the National Guard, which had been federalized. Funded and trained by the states, the guards served under the command of governors. The state Legislature authorized the Florida Defense Force in 1941. It was rebranded as the Florida State Guard, and deactivated in 1947, two years after the war’s conclusion.

In a social media post on Thursday, DeSantis reiterated the proposal and his commitment to the state and its residents:

“I am committed to supporting our military and keeping our state safe,” he wrote.