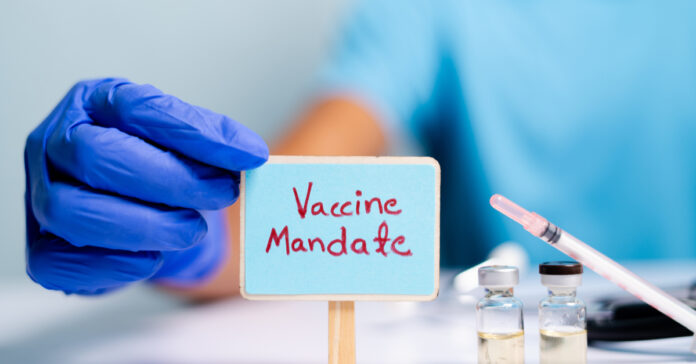 Joe Biden is the one president that thinks he has the right to order every person around whether it fits with the Constitution or not. His socialistic mindset has aligned him against the vast majority of Americans that believe freedom is a way of life and not to be messed with. Biden is still trying to force people to vaccinate because he believes it is the only way to beat a pandemic that has for a long time been gone.

The Democratic Party is still pushing the pandemic because they want to tell people what to do. And they plan to continue to take power and never give it back. Once a liberal has something under their control, it is next to impossible to strip it away from them. Their ultimate goal of forcing the vaccine on immune people is all about power. They need people to comply without trouble for them to assume socialistic control.

But Biden seems to be losing his organizational support now that the courts align themselves with private citizens. They see that the president is trying to grab power that is not his to have. Personal liberty and the right to choose can never be grabbed in a free America.

The Department of Health and Services’ Centers for Medicare & Medicaid Services are just two more organizations to break from implementing Biden’s mandate. They are running scared now that a federal court has blocked the mandate until they hear both sides of the case.

The CMS released its official statement that dictated that the “Survey and Enforcement of the Vaccine Requirement for Health Care Staff in Medicare- and Medicaid-certified Providers and Suppliers Suspended While Court Ordered Injunctions are in Effect: The Centers for Medicare & Medicaid Services (CMS) will not enforce the new rule regarding vaccination of health care workers or requirements for policies and procedures in certified Medicare/Medicaid providers and suppliers (including nursing facilities, hospitals, dialysis facilities and all other provider types covered by the rule) while there are court-ordered injunctions in place prohibiting enforcement of this provision.”

Court orders protect healthcare workers from getting the vaccine or facing termination. There is no entity around that can a person do something that they do not want to do. And the other side of the issue is that Biden wants to fine people and companies for not complying with his order.

Barack Obama tried to fine people when he passed Obamacare years ago. And it was determined that forcing people to buy something they did not want or need under the threat of penalty was unconstitutional. That part of the healthcare law was struck down. But it still stands as an example of how a Democrat will try anything to force themselves on people.

The memo went on to state that “On November 29 and November 30, 2021, the United States District Court for the Eastern District of Missouri and United States District Court for the Western District of Louisiana issued preliminary injunctions against the implementation and enforcement of the Interim Final Rule against Medicare-and-Medicaid-certified providers and suppliers. Between the two of them, these injunctions cover all states, the District of Columbia and the U.S. Territories.” It dictates that every person within those organizations cannot be touched for not getting the vaccine.

Both of these two organizations have suspended the push to vaccinate employees. They do not want to fall victim to Biden’s fall when it comes time to answer for unconstitutional actions. Those people forced to get the vaccine will ultimately seek retribution for being forced to vaccinate or lose their job.

The federal Judge responsible for protecting Americans is Judge Terry Doughty. He maintains that the separation of powers in government is vitally important. Biden has tried to do the work of the Legislative Branch, which is a violation of his Constitutional powers.

Joe Biden is committing tons of impeachable offenses. And the only reason why he is not out of office right now is that the Democrats control the Senate. But 2022 is coming, and it will be a wake-up call to the liberals that their plan is not welcome in America.