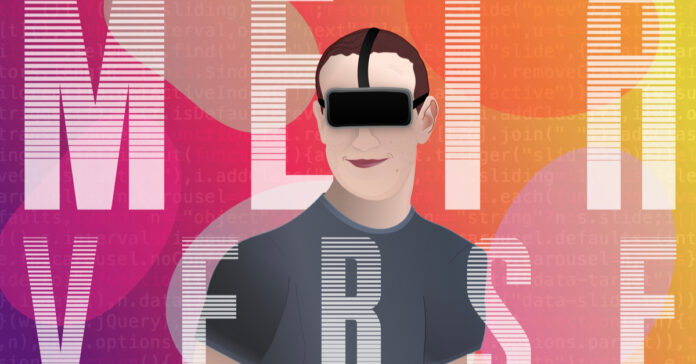 Concerned about what the new and improved Facebook might be ready to bring to your screens and homes? You’re not alone. Millions have voiced concern over the newly branded “Meta” company and what it might be looking to implement.

Since news broke about Facebook’s plan to push global censorship on the internet, brought those fears have only grown and their plan for the “Metaverse” is possibly even more disturbing.

According to “The Nine Realms (or perhaps, in this case, the Hundred Realms) may soon be part of our reality, not just a superhero movie concept. Meta is only one of the multiple companies rushing to create a plan for their own metaverse, and several of these tech companies have a history of censorship,” NewsBusters reported.

Meta moved it’s focus to virtual reality (VR)-focused metaverse, according to the publication who also stated that other companies, such as Niantic CEO and Pokémon Go developer John Hanke as well as Disney are all looking to create their own Metaverse, though they don’t all agree on how it should be done. While Facebook/Meta has its plan, Hanke has a strong opinion on it, and Disney CEO Bob Chapek reportedly said, “My vision is to use Disney+ as the platform for the metaverse.”

Additionally, Microsoft, Alibaba, Sony, and TikTok have all in some way expressed interest in some sort of metaverse initiative and some have even taken first steps to launch the program. Axios reported that “the concept of bringing people together in a virtual interactive world is suddenly lighting up earnings calls.”

Not to be done, the government of Barbados has reportedly gotten on board and is creating a metaverse platform to create a virtual embassy in the highly anticipated metaverse. But have no fear, you’ll still be able to pay a premium for your favorite brands for the metaverse, beginning with Nike who has filed seven of its own trademark applications that will allow them to sell virtual branded products.

Of the many concerns Christians have with the idea of a metaverse, not the least of them is the censorship that has been displayed by the companies involved. According to Media Research Center, Facebook earned an “F” for freedom of speech online during MRC Free Speech America’s latest Big Tech report card assessment, which will come at no surprise to many. And Microsoft-owned LinkedIn has its own demons when it comes to shutting down the voices of conservatism on their platform. Other tech giants that have taken it upon themselves to push an agenda have aligned themselves with the Chinese Communist Party (CCP), including TikTok, which former President Donald Trump marked as a national security risk.

You can “just do it” in pro-China gear now that Nike President & CEO John Donahoe said in June, “Nike is a brand that is of China and for China,” which makes sense considering what a great deal the company is likely getting on their manufacturing.

Maybe the risk is from China, and maybe it’s within our own borders, but no matter who is peddling the product, Americans have to ask themselves if this new product is aligned with their value system.

The ultimate commodity is always people, what they do, who they trust, and where they spend their time, but the rise of the social media influence has allowed people to feel connected with those they might wish to be or be with, but would never typically have the ability to interact with in real life. It’s also given people who might have felt particularly misplaced in the real world to create jobs for themselves, based solely on their appearance or personality.

Should the metaverse pose threats, will those people be able to cut the cord (or wireless charging, or whatever) to continue to support freedom? The battle is for you, what will you do about it?