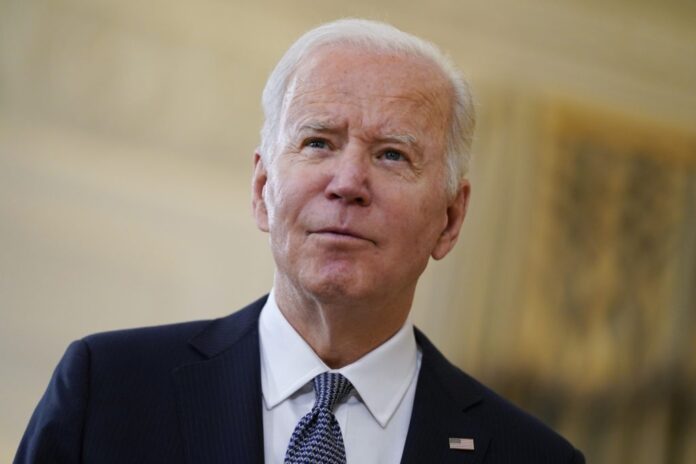 In less than six months, Americans’ opinions have drastically soured on Biden’s performance amid inflation, the deadly withdrawal from Afghanistan, the supply chain crisis, and the border crisis.

Among the top concerns for Americans is the challenge of paying household bills and avoiding Biden’s thirty-year high inflation:

About 3 in 10 Americans name either everyday bills (15%) or inflation specifically (14%) as the biggest concern facing their family right now. This far outpaces Covid (18%) or any other single issue as the top kitchen table worry in the country.

This past summer, far fewer Americans named either rising prices or household bills as their biggest concern (16% in July 2021) and the amount of concern over household bills was even smaller just over a year ago (8% in August 2020).

The poll also indicated five of the top six concerns Americans face are economic, with coronavirus the outlier at number one. Everyday bills, inflation, job security, the economy, and health care costs rank in the top six in respective order after the virus.

The economic woes have given 66 percent of Americans reason to indicate America is on the wrong track, with only 30 percent suggesting America is headed in the right direction under Biden.

NEW YORK, NEW YORK – OCTOBER 15: Empty shelves are seen at an IKEA store on October 15, 2021 in the Red Hook neighborhood of Brooklyn borough in New York City. Executives at IKEA have warned of supply chain disruption that could last into next year leaving some stores without certain items. Stores in North America are expected to be hardest hit by product shortages first and then followed by stores in Europe. (Photo by Michael M. Santiago/Getty Images)

Biden’s approval rating, too, continues to dive. According to the poll, Americans’ approval of Biden’s job performance has decreased two percentage points each month for the last four months. Biden’s current job approval rating is at 40 percent.