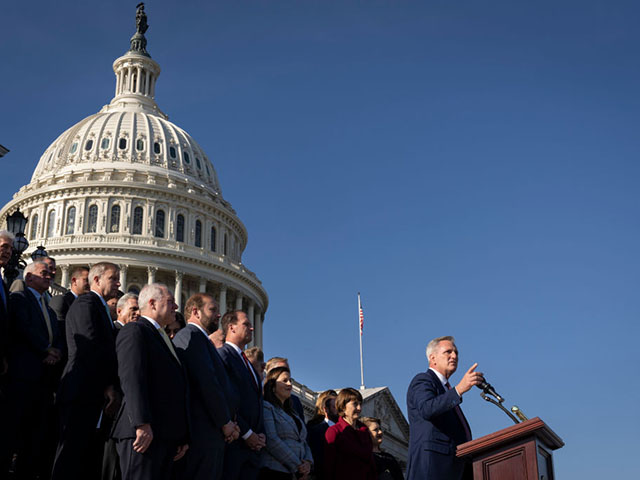 The bill was considered the “marquee legislation” for Biden’s legislative agenda, in addition to adding three-quarters of a trillion dollars to the American deficit over five years.

Regarding securing the border, 52 percent of the respondents said that Republicans could better handle the issue. In comparison, only 16 percent said Democrats are, and nine percent said they view the parties as equal on this issue. There were also 19 percent who said neither party was fit to secure the border.

Additionally, Biden’s “marquee legislation” would grant amnesty to over six million illegal immigrants, according to the Congressional Budget Office (CBO).

“Approximately 6.5 million noncitizens who live in the U.S. largely as a result of illegally crossing the southern border before January 2011 would be granted parole and immediately go from being unlawfully present to lawfully present,” the Washington Examiner said of the CBO report.

Also, 63 percent of the respondents said that the country is headed down the wrong track, while only 27 percent believe the county is on the right track. Ten percent either did not know or refused to answer.

The WSJ poll was conducted by ALG Research and Fabrizio, Lee & Associates. The two firms surveyed 1,500 registered voters from November 16 to 22. The margin of error given for the full sample was +/- 2.5 percentage points.