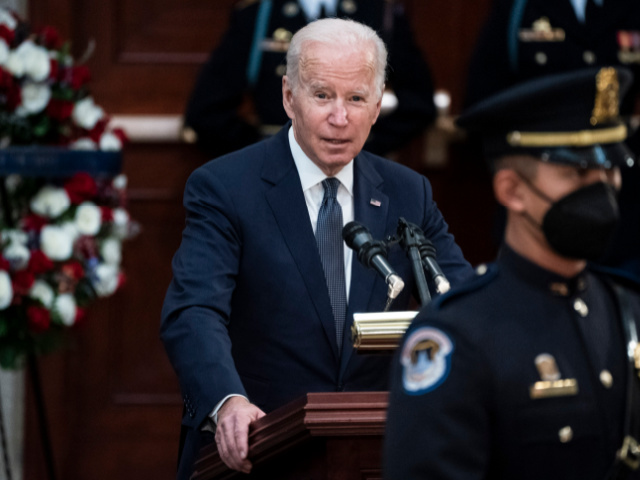 Reading off of his notes, the president quoted Dole on the importance of “principles over party.”

Here is what Biden said, according to the transcript:

And I quote Bob Dole:

‘I cannot pretend that I have not been a loyal champion [of] my party, but [I’ve] always served my country best when I did [it] so first and foremost as an American.’

“When we prioritize principles over party and humanity over personal legacy’ — when we do that, we ‘accomplish far more as a nation. By leading with shared faith in each other, we become America at its best.’ He went on to say, ‘a beacon of hope, a source of comfort in crisis, a shield against those who threaten freedom.’

‘Our nation has certainly faced periods of division. But at the end of the day, we have always found ways to come together. We can find that unity again.’

Biden continued, “And then the message said, end of message.”

The president did not correct himself but continued speaking from his notes as he concluded the eulogy.