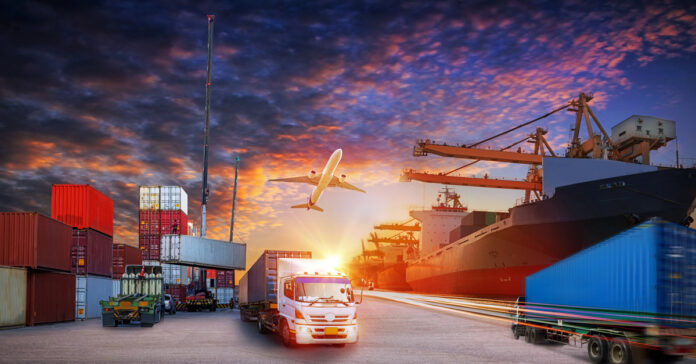 There are now fifteen governors who have had enough of the waiting game that continues over the supply chain chaos at our nation’s major ports. These state leaders are standing up against the stagnant policies coming from President Joe Biden and his White House administration. They have now pledged to alleviate the supply chain crisis that has led to bottlenecks in businesses. These bottlenecks have caused a decrease of inputs for American businesses and therefore availability issues for consumers.

Ironically, Transportation Secretary Pete Buttigieg is arguing that the crisis is due to Biden “successfully” handling the economy. Well, these GOP governors are thinking differently. They challenged the president in a letter that was exclusively shared with Fox News on Monday. The governors said they believed the White House administration’s COVID-19 vaccine mandate and other regulations are making the crisis much worse.

“With 7.4 million people unemployed and 10.4 million job openings, we have a shortage of 80,000 truck drivers, an all-time high for the trucking industry,” the letter says. “With more paychecks at risk, American families are forced to pay more for food, gas, and everyday goods as inflation surges to a 30-year high under President Biden’s watch.”

The governors summed up their letter by stating that they committed to using their authority where they were allowed to modify weight, size, or load restrictions so that cargo could move more efficiently. They also are committed to adjusting the hours of service constraints so that truck drivers are provided more time and flexibility. And they will also deregulate education and occupational licensure barriers so that they can get more commercial truck drivers on the road again (cue Willie Nelson’s song).

That is not all, the governors have also promised to work together with state agencies that are connected to the workforce in both transportation and commerce. They believe that they can bring together local governments with private industry so that there might be greater effectiveness and efficiency. The governors plan to bring these changes not only in their states but in neighboring states as well. The plan revolves around data sharing with both shippers and receivers at ports, facilities for storage, and intrastate corridors.

Together these state leaders joined with the governors from states with coastal ports to commit to supporting our ports so that they can operate at full capacity, increase tonnage capacity, and accept more Panamax ships waiting off the west coast.

Some experts looking at the supply chain crisis are concerned that the bottlenecks may last into 2023. They worry that some companies will not be able to ship units, and if they can’t ship units they might significantly decrease their projected earnings. Investor and finance professor Paul Meeks told CNBC. “Their stocks are so expensive that they could go down. Not go down a bit, they could go down a lot.”

Meeks also noted, “It’s a bummer and unfortunately, there’s not any relief. It’ll also hit the top and bottom lines of some of these vendors that are selling those hot Christmas products.”

The United Nations Conference on Trade and Development added concern about high consumer demand and supply-side constraints. These constraints include the capacity of the ships, the number of containers for the ships, labor shortages, and the ever-changing restrictions due to COVID-19. All of these keep the ports deeply congested and ineffective. The UNCTD said all of this could lead to price hikes through 2023.

Let’s hope the GOP Governors’ “calvary” can come to the rescue while the White House stays in the stall.