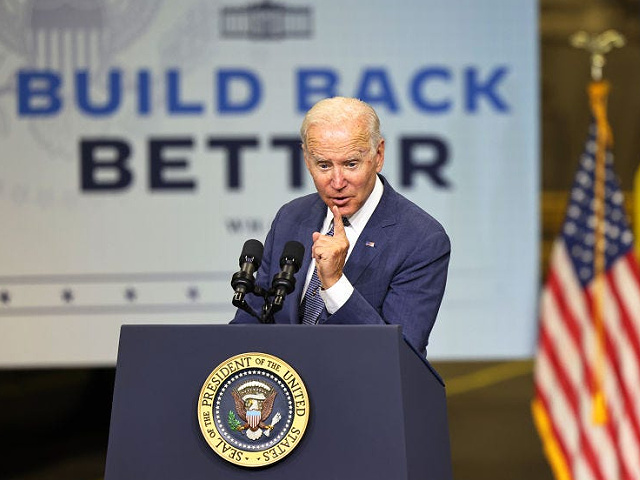 Upon request from Graham, the CBO issued a report Friday that revealed the reconciliation package would increase the deficit by $3 trillion over a ten-year period and cost $4.9 trillion in scope. The CBO’s original scoring claimed the deficit would only increase $0.2 trillion over ten years.

The difference in the numbers reflects provisions that Graham believes would never sunset as the years pass because Democrats will never allow the programs to lapse. Among the 17 items that increase the deficit and bill’s cost are child tax credits, child care provisions, SALT deduction, and health insurance subsidies.

“It’s a budget gimmick,” Graham said of the Democrats’ original score. “Build Back Better as written is a lie. And if you don’t believe me, look at what the CBO says. If you assume reality the programs continue.”

“This is the reality of Washington,” Graham said of welfare legislation that is never terminated. “It will be the biggest mistake in generations.”

Graham also noted Sen. Joe Manchin (D-WV) may be interested in the CBO’s scoring amid 40-year-high inflation. Manchin, a teetering vote on Biden’s package, has issued concerns he is worried the massive tax and spend bill will hurt the economy.

“We’ve got to make sure we get this right,” Manchin recently said at an event. “We can’t afford to continue to flood the market as we’ve done.”

Sen. Chuck Schumer (D-NY) has reportedly promised to hold a Senate vote on the package before Christmas, though it is unknown if Democrat leadership has saved enough calendar space to do so.