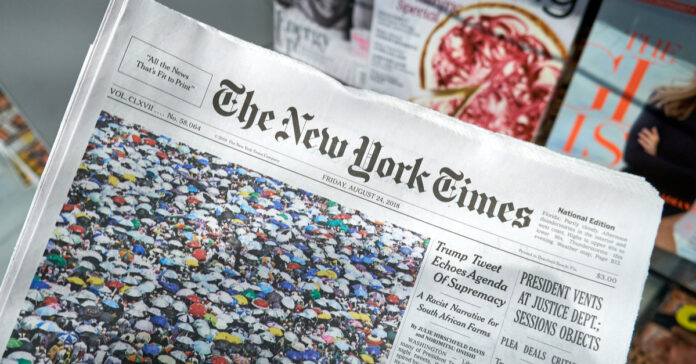 Matt Walsh, one of the Daily Wire’s most conservative commentators has done society a favor.

If there was ever a time where some needed to attempt to talk some sense into the millennials on the left (whom of which are mostly now parents by the way) the time is now. Well guys Matt Walsh had just about all he could stand, sitting on the sidelines and letting the morons who shouldn’t be in charge of a pet hamster, take the wheel and make permanent decisions on temporary feelings.

Matt has written a book titled Johnny the Walrus. It is a book about a boy with a healthy imagination who wants to be something new almost every day. One fateful day his mother thinks it strange he wants to be a walrus and decides to take her concern to the internet. Long story short Matt wrote a book on why we shouldn’t take every little phase our children go through, and back them into a corner and force them to be something that piqued their interest as soon as kindergarten in some cases, and ultimately change their lives forever.

Best selling LGBT author Matt Walsh, (as he demands to be referred to now) was quick to tweet out his new, justified, credentials:

“Folks, you have to admit this is all extremely funny,” Walsh said in his tweet. “Me becoming a number one best selling LGBT author is the twist no one saw coming. I now have the number one LGBT book in the country, any further criticism of me or my book is now homophobic. Checkmate.

Earlier this year, Walsh went as far as to become a resident of Virginia again so he could speak out on parents’ behalf who were outraged by Loudoun County district transgender policies. Arguing they are violating the children. Walsh had to sign a lease in Virginia to accomplish his goal so he could become a resident after the school board’s last-ditch effort was made to block his attendance and speaking at a school board meeting.

By almost any standard, he is a true pioneer. Our children need more people like Matt Walsh, (Bestselling LGBT author) to stand up and simply say enough is enough. Our Children have the potential to be anything they want to be however let’s be honest with ourselves half of us would be polkadot alligators if we decided what we wanted to be at 5 yrs old.

Most of our high school graduates step into college wanting to be something much different than the degree they walked out with. Why? because people change their minds, every day, all day long.

Chances are if you drove up to a Mcdonald’s drive-thru this morning, you probably changed your mind a time or two before placing your order and maybe even had a little regret after they handed you your brown paper bag as you were driving away. Again, people change their minds, all. Day. long.

Don’t we all look back and remember being a kid and wishing you could have appreciated the total lack of responsibility and utter oblivion we were once in unbeknownst to us, terrorists were hitting the twin towers and we had absolutely no idea what was really going on and people didn’t expect you too because we were just children, digging in the dirt, building pillow forts and making mudpies. No one held us accountable for saying we wanted to be a fairy, like Tinkerbell.

That was it, life was simple. Life was carefree. While we can’t go back and relive the good ol’ days, the least we can do is protect our children to the very best of our abilities, stand up for them, give them a break and let them be little and wild for just a bit longer.