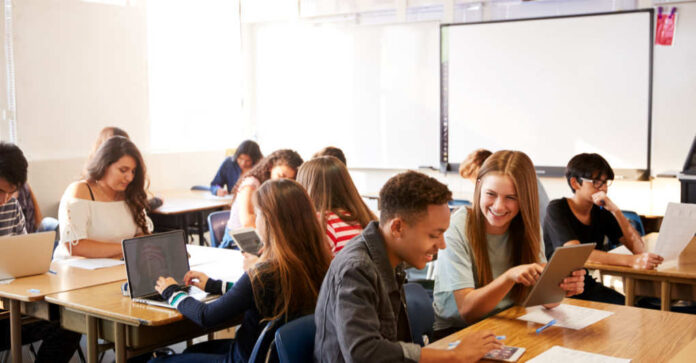 For millions of moms and dads around the nation, we’d like to believe that the schools we are sending our kids to are a safe space, somewhere they can be pressed upon to learn all that they can and to follow their dreams, somewhere filled with a staff that loves and cares for your child and their bright future. And for the most part, that is still true.

However, for parents of a few thousand high schoolers in Council Bluffs, Iowa, they have been forced to realize in the last week that their child’s school might not be such a safe place after all.

In the last few weeks, several notes started being found by students or teachers suggesting violent threats to be carried out using guns and on the school grounds.

For example, one read, “After School. Buses. Guns. God Bless America. They are all going to die.”

Another note said, “Friday morning. Suns out, guns out. Bang, Bang. They Dead. All of Them. Tired of the Drama.”

When such threats are usually found and realized at a school, it’s the doing of a disgruntled and unhappy child. In fact, in most instances of school shootings or violent threats, it’s a student or even a former student who is behind it all, some with terrible home lives that spill over into school, or some who have just had a really bad day and don’t yet know how to handle their emotions.

However, that’s not the case in this instance.

Sadly, and even more terrifying, the notes found at Abraham Lincoln High School during the last weeks were written by a teacher…

Enter Katrina Phelan, age 37, who taught at the school.

A total of four notes were found, some in Phelan’s classroom by students, others supposedly by Phelan herself, according to KETV-TV.

The demented, now-former teacher turned herself into the authorities on Wednesday.

As the police reports say, Phelan apparently never had any intention, nor even the means, to carry out the threats, as she does not own a gun. Instead, her goal was to point out that the school was “not a safe place.” She says the notes were written, “out of concern, worry, and frustration over the lack of control of her classroom.”

However, even more concerning than the fact that a teacher was supposedly making threats at the school is the notion that she doesn’t really remember writing any of the notes. She admitted that she did, or at least three of them and, as I mentioned above, even her reasoning behind it, as well as that they were written on paper known to be from her classroom.

But according to the reports she gave the police and KETV, she doesn’t actually recall the act of writing them.

Now, to be clear, she may not have written all of them. One note, in particular, seems to have been written a student, as the wording suggests a girl growing frustrated with being picked on by her peers. Then again, if she doesn’t remember writing the first three, who’s to say she didn’t write this one too?

In any case, the matter is now closed for the most part.

According to the email obtained by KCCI-TV in Des Moines, the school told them that the investigation was “concluded” and they had found the notes to be a product of a “school employee” who has since been charged with her crimes, arrested, and fired from the school corporation.

KMA-FM noted that Phelan was being charged with three counts of threats of terrorism, which is a class D felony. Since then, she was released from the Pottawattamie County Jail after posting bond and is awaiting her trial.

Parents, such as Kelli Blair, are relieved the ordeal is over. She told KETV that she feels “very reassured” that the school and local law enforcement has everything under control, as the matter was handled swiftly and resolved “appropriately.”

Oh, that every school crisis would be handled with such diligence and positive results.