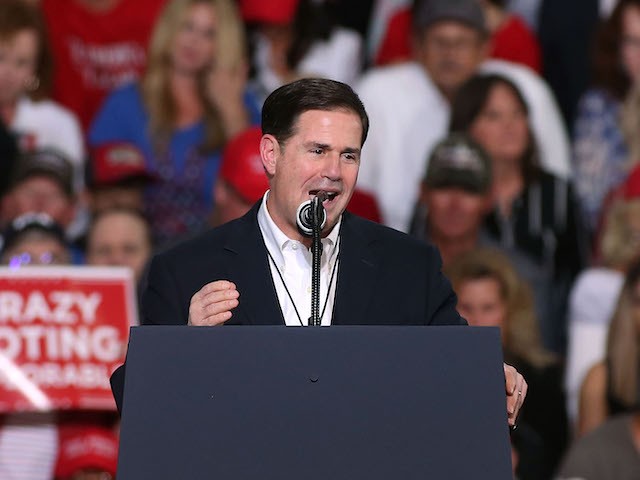 On Friday’s broadcast of the Fox News Channel’s “Your World,” Arizona Gov. Doug Ducey (R) stated that because nothing can pass Congress without Arizona’s Congressional delegation voting for it, anyone in the Arizona delegation “should be a no on any policy that doesn’t include border security.”

Ducey said, [relevant remarks begin around 3:25] “Well, nothing is going to pass through Congress or the Senate without the help of the Arizona delegation. So, anybody in the Arizona delegation, congressman or woman or senator should be a no on any policy that doesn’t include border security. We need border security, never have we had more leverage with our delegation and this is an Arizona issue that’s affecting the entire United States. and it needs action now.”