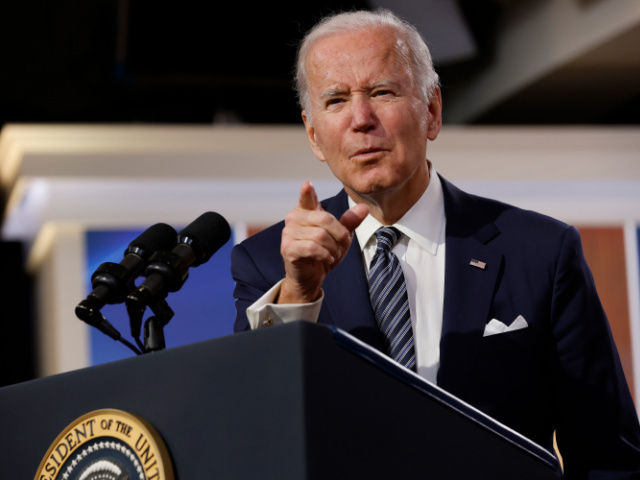 “We all know that everything is more intense when the climate is warming. Everything,” he said. “And obviously it has some impact here.”

At least 30 tornadoes were reported across six different states causing widespread devastation, and over 100 people are expected killed from the storm.

The president said he did not know the full extent of global warming’s contribution to the deadly storms, which he described as one of the “largest tornado outbreaks in history.” He said he would get the Environmental Protection Agency to investigate.

“All that I know is that the intensity of the weather across the board has some impact as a consequence of the warming of the planet,” Biden said.

The president praised the reporter who asked him about climate change.

“As usual, you ask always the best question,” he said with a wry chuckle.

“How are we going to handle this?” he continued. “Part of it is acknowledging that the likelihood of fewer weather catastrophes, absent of continued movement on dealing with global warming, it’s just not going to happen.”

Biden said he was shocked by the record wildfires in the country during 2021, expressing alarm that global warming was a major contribution.

Biden said the first step was to save lives and care for the families who were affected by the storms.

He said he would continue to monitor the storm recovery closely and do whatever was needed by the federal government.

The president said he would visit the storm affected areas when it was clear he would not get in the way of local rescue efforts.