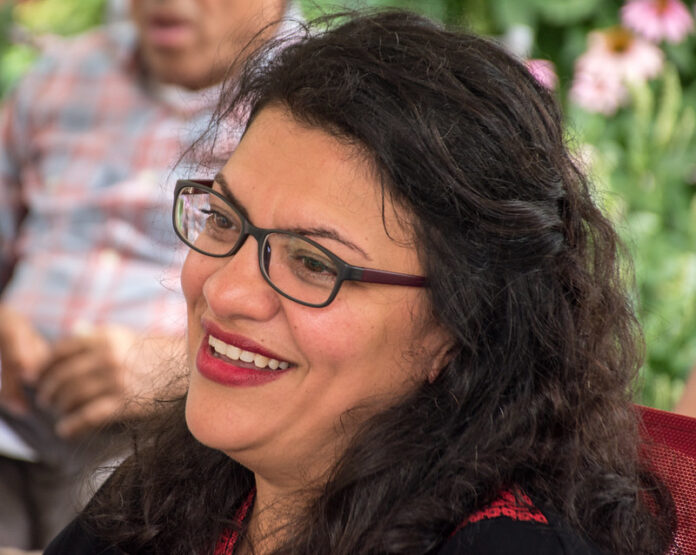 Israel stands alone in the world with Joe Biden sitting in the White House. He has yet to condemn Hamas for their actions, and he still needs to offer support to Israel. Hamas waited until Biden got situated in office before attacking. They know that many within his party secretly and openly support them in their violence against Israel.

The worst politician that hates Israel is Rashida Tlaib. Her outspoken lies and support for Hamas fly in the face of the support that Israel needs to have from her allies. The liberal showed up at a rally that took place demanding the extermination of Israel and the regathering of Palestinians to the land.

Jonathan Greenblatt is the left-wing Anti-Defamation League CEO. He was shocked to hear what she was saying. He stated that “when protesters chant ‘Palestine will be free from the river to the sea,’ it is appropriately interpreted by most people as a call for the erasure of Israel – and it is anti-Semitic.”

Even the American Jewish Committee came out and noted that the chant Tliab encouraged is a known phrase that means Israel must die. They noted that “From the River to the Sea, Palestine Will Be Free” is a common call-to-arms for pro-Palestinian activists. It calls for establishing the State of Palestine from the Jordan River to the Mediterranean Sea, erasing the State of Israel and its people. It is also a rallying cry for terrorist groups and their sympathizers, from the Popular Front for the Liberation of Palestine (PFLP) to Hamas, which called for Israel’s destruction in its original governing charter in 1988.”

Hamas and other terrorist groups believe that the land belongs to them. They go to great lengths to hide and destroy any proof that Israel was there before moving into the region.

The Palestinian groups that attack Israel have secret coding that is used to communicate what their intentions are. For them to call for the death of every last Jewish person is purely sadistic.

Tlaib is a woman that is publicly calling for the death of all Jews. She is pro-ethnic cleansing. She would support the eradication of every Jew in the Palestinian region.

The rally started once the rockets were fired into Israel. Hundreds of Jew-killing bombs were lobbed into the air with the hopes of killing any and everyone in the path. Hamas kills civilians without thought. They just do not care about life.

Today at the #FreePalestine rally in front of the State Department, @RashidaTlaib spoke.

She described struggling to discuss this issue with colleagues.

“The ethnic cleansing continues now,” she said of Israel’s actions.

“We all deserve to live freely and with human dignity.” pic.twitter.com/4ofwg1WXZB

Israel systematically targeted terrorist leaders. One report in Israel pointed out that “Intense Arab rioting broke out in the central Israeli city of Lod late Tuesday, with three synagogues and numerous shops reportedly set on fire, and dozens of cars set alight. Some residents reported power was cut in their homes and petrol bombs were thrown through their windows.”

The acts of Hamas are similar to what the Nazis did to them during World War II. The Nazis took people and murdered them in cold blood. They burned their homes and burned their synagogues to the ground.

The issues that affect the United States include Biden’s response and support of Israel. He has yet to condemn Tlaib’s mouth and the hate that she has publicly thrown their way. But so far, he has only said things that make so sense at all. He has not publicly denounced Hamas.

Donald Trump would have already been in the face of the terrorist group and putting a stop to the terror and death that they are pouring on the Jewish people. But Joe Biden is not a person that is willing to take a stand on anything because he does not have the spine to take aggressive action. He is content to sit back and rock himself to sleep in his Oval Office rocking chair.