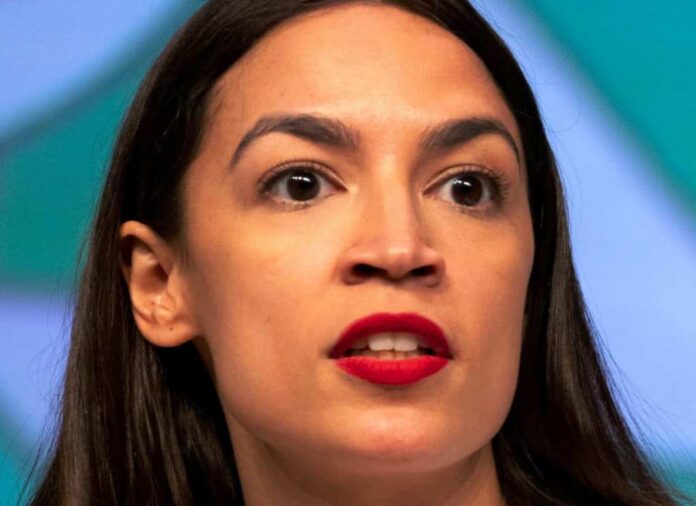 The Democratic baby known as Alexandria Ocasio-Cortez has made it a point to whine her way into the news once again. Her overreaction to law enforcement is nothing short of that of a liberal soap opera. Her visit to the Border Patrol center in El Paso, Texas, was a clear picture that she is the Democrat’s drama queen.

In recently released documents, it was found that the short, wicked witch of the south showed up in what was described as an “agitated” state of being. Upon arrival, she vehemently attacked and yelled at an agent serving to protect the border.

Ocasio-Cortez showed up with preconceived ideas about what she believed made the border agents out to be the wrong people. She saw the agents as the evil force that kept the rightful owners of the land from reclaiming what is rightfully theirs to take.

The reports that mentioned her by name revealed that once the agent took a selfie with the AOC, that put the little spitfire into a fit of rage. One report noted that “Ocasio-Cortez said the Border Patrol agent—whose name is redacted in the U.S. Customs and Border Protection documents—used her cellphone to take a photograph of herself with the New York congresswoman in the background. …”

The poor baby got all upset that a border agent would take a picture of her without consent. What was painfully obvious is that the AOC did not want photos that had not been doctored up out in public. She wanted the right to tell a story that would push her narrative that law enforcement is evil people abusing innocent immigrants.

The border facilities are places where people are taken before they are admitted into the United States. The AOC wants to try and tell the world that they are concentration camps.

The AOC was accompanied by 13 other Democrats that had the goal of destroying the integrity of the border guards. They needed to make the centers out to be concentration camps in order to get them to shut down. But the wicked actions of the AOC as she dramatized the moment turned their visit into a circus.

The drama queen made up a story that a guard attacked her. She tried to say that “And to these CBP officers saying they felt ‘threatened’ by me – They were literally discussing making a GoFundMe for an officer who attacked my on my tour. They confiscated my phone, and they were all armed. I’m 5’4″. They’re just upset I exposed their inhumane behavior.”

The behavior that she exposed as inhumane was her own. The same drama came out during the staged Capitol Building protests. She tried to make it seem like she was on the front lines. She even tried to say a cop tried to attack her, but it was later exposed that he came by and poked his head into her office and told her to evacuate. But her posts made it sound like he tried to murder her.

When the AOC accused the border agent of taking her photo, it was discovered that Ocasio-Cortez made that up as well. The agent’s boss came and reviewed the phone, and there was not one picture of the wicked witch found on her device.

The drama was preplanned as the report notes that “During the briefing, Congresswoman Alexandria Ocasio-Cortez began loudly knocking on the window of the processing area and alleged that a Border Patrol Agent (BPA) was taking a ‘selfie’ photo of her. Rep. Ocasio-Cortez not only verbally voiced this concern, she became agitated and animated as she began to bang on the glass, pointing and screaming at the agent.”

The report stated that the AOC said the agents were acting in an unprofessional manner. And here she was becoming “more animated and began to stomp her foot she then said ‘I as a woman of color do not feel safe here, as women of color none of us feel safe here, nobody of color feels safe here,’ Ms. Ocasio then stormed out of the” area just to tear into the female agent that allegedly took the photo. As if her color gave her certain privileges that other lighter-skinned people do not have.