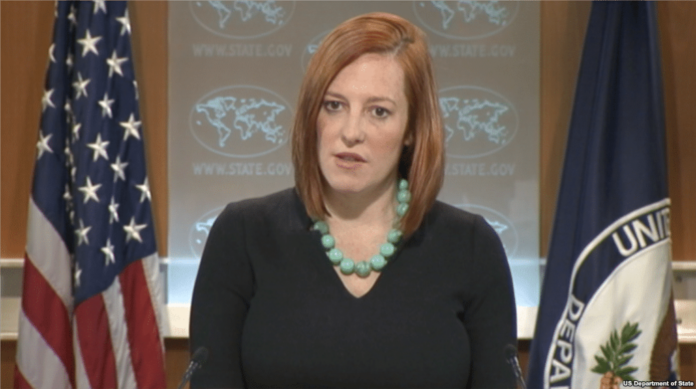 White House Press Secretary Jen Psaki shocked some Americans and confirmed what many others knew, which was that the Biden administration seems well aware that the news media is completely capable of manufacturing hysteria among the American people.

While so many of those on the left insisted during the entire last administration’s term that everything those in the media did to focus on often routine moves by the administration was entirely motivated by the crucial, or even morally imperative, belief that they freak voters out.

Now, however, the story is entirely different as Psaki and others in the current administration are having to face even the smallest amount of accountability from journalists who are reporting on the blatantly obvious facts about the crisis at the southern border between the United States and Mexico.

Psaki took aim at the administration’s fast friends, the media, saying that the reason Americans think there is any crisis at all as far as immigration goes, is because of “some components” of the “media” who are leading them to believe everything isn’t entirely under control.

According to the Daily Wire’s report, Psaki told reporters that the southern border only became chaotic when the media coverage became extensive, saying on Thursday’s episode of CNN’s podcast, “The Axe Files with David Axelrod” that it’s a false negative impression.

The broadcast covered a poll that found that more than two-thirds of Americans believe the Biden administration is doing a “very” or “somewhat bad” job handling the illegal immigration crisis at the Southern border.

According to the Biden administration frontman in charge of propaganda, also sometimes known as its press secretary, “A big driver” of those negative impressions, is due to “the nature of some components of social media and media these days.”

It seems worthy of note that this look into Psaki’s spin on the issue doesn’t indicate that she is taking exception to there being a crisis at the border, only that the American people have a negative impression of the administration because of how the media is presenting it to them.

Her interviewer, who was a former chief strategist under President Obama, made quaint conversation about Psaki’s exchanges with journalists, calling her briefings with the White Hosue press corps a “wrestling match you go through several times a week as to whether you’re going to call it a ‘crisis,’ or how you’re going to describe it,” Fox News reported.

While the White House has not officially used the term “crisis” because as the press secretary explained, “We just didn’t want to feed into that on this issue, or really any issue,” President Joe Biden was caught calling it by its more colorful name when talking off the cuff at a recent event.

“To us, it’s like, ‘That wasn’t really a crisis; it was a huge challenge,’” Psaki told Axelrod, putting the most obvious of political spins on what those in the south see as an invasion across our borders of monumental proportions.

Even The Washington Post reported that the number of illegal immigration who have been arrested crossing into the United States by Customs and Border Protection has more than doubled since Joe Biden’s inauguration in January, with CBP reporting that they arrested 172,331 illegal immigrants in March, and the nation’s total crossings have reached a 15 year high.

This national danger is not being overlooked by politicians, even some on the Democratic side of the aisle.

“The reality is, is that this is a crisis,” said Sen. Kyrsten Sinema, D-Ariz., on Thursday according to The Daily Wire. “We all know it.” Sinema wasn’t along, however as Sen. Mark Kelly, D-Ariz., stated similarly in late April that the immigration situation amounts to “a crisis on the border in Arizona and Texas.” And Rep. Henry Cuellar, D-Tex., said earlier this month, “There is a border crisis, no ifs about it.”