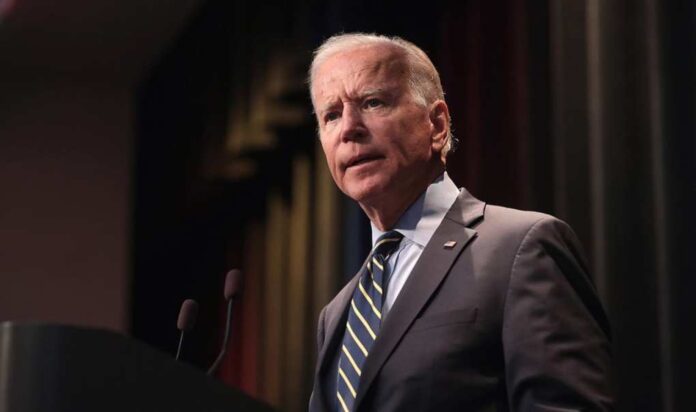 Despite intense pressure from the Biden administration, the nation is slowly pivoting away from the false narrative that the reality of COVID-19 means surrendering one’s freedoms.

As the nation grapples with how much latitude is too much, several states have made the decision to back citizens right to choose, saying that no government buildings will require vaccine passports to enter or do business.

Most recently the state of Wyoming has been guaranteed their rights to freely go to and from state buildings without having to receive an experimental vaccine being distributed in a time of national distress.

“Vaccine passport programs have the potential to politicize a decision that should not be politicized,” Gordon said in a statement. “They would divide our citizens at a time when unity in fighting the virus is essential, and harm those who are medically unable to receive the vaccine. While I strongly encourage Wyomingites over the age of 16 to get vaccinated against COVID-19, it is a personal choice based upon personal circumstances.”

This order is requiring state agencies to “provide full access to state spaces and state services, regardless of a constituent’s COVID-19 vaccination status,” which many consider being the least that a state whose directive it is to serve the people, should do.

Gordan was inspired to act after a resolution that would have accomplished much the same purpose and included a “vaccine bill of rights” stalled in the State House of Representatives in March. The resolution reportedly pledged to “protect [Wyoming’s] citizens against unconstitutional and medically irresponsible COVID-19 vaccine mandates.”

“‘[V]accine passports,’ ‘digital health IDs’ and other such required documentation pose substantial risks to personal privacy and equal treatment under the law for all citizens of Wyoming and the United States generally,” the resolution said.

This move has come as a jolt to the system of some Democrats who consider it part of their job as elected officials to mandate medical treatments as, at best, part of their “common good” strategy. However, much like many of the safety or health and wellness issues that are available to Americans today, the question is not whether it is good, or could help the nation, the question is whether it violates the rights laid out in the constitution.

According to Gordan, Texas Gov. Gregg Abbot, Florida’s Gov. Ron DeSantis, and others, while the vaccine is encouraged and considered a wise choice by many in office, it is in no way under their per-view to force a person to receive a medical treatment they don’t wish to take part in.

There is an argument to be made that because the vaccinations are believed to save lives by slowing the spread of the virus, it’s plausible to force those who won’t receive the vaccine to stay away from the public.

However, the logic for that assertion would necessitate that any man who hasn’t been castrated should stay away from all women because he has the potential to rape someone with that potentially dangerous equipment.

We quarantine the sick, punish the guilty and acknowledge inalienable rights, including the “pursuit of happiness,” including but not limited to, traveling freely without receiving an experimental medical treatment.

The real story should be that there are states who would require vaccine passports or deny access to taxpayer-funded buildings. Banning those who have active symptoms of an illness is an entirely different proposition than banning everyone who hasn’t submitted to a government-peddled cure to something you may or may not ever get.