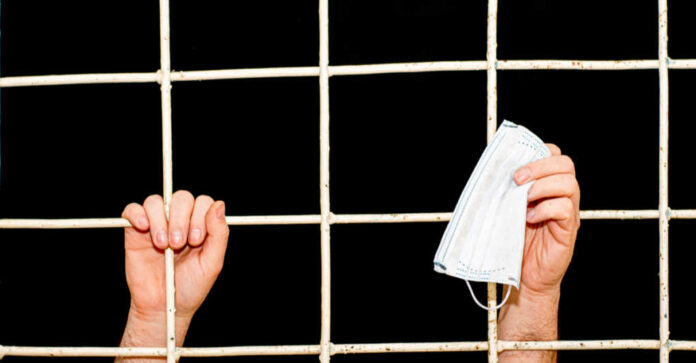 She is a voice for her people, a democratically elected official, and a Nobel Peace Prize winner. And she is getting ready to spend two years in prison in the country of Myanmar.

The Wall Street Journal has reported that Aung San Suu Kyi was sentenced to two years in prison after being found guilty on two counts. The leader of the country’s democracy movement was found guilty behind closed doors. Aung San Suu Kyi, who is 76 years old, was convicted on charges of incitement and violating pandemic rules. This is according to a person familiar with the case. These two charges are joined with others that have the potential of keeping Suu Kyi in prison for the rest of her life.

The first sentence given to Suu Kyi was for four years, but it was then cut in half by General Min Aung Hlaing. He is the junta leader making decisions for the country. She will carry out the sentence in the place where she is being currently detained, according to the military’s public information office.

Antony Blinken, the United States Secretary of State, wrote a tweet about the sentencing. He wrote, “The military regime’s unjust conviction of Aung San Suu Kyi and repression of democratically elected officials are further affronts to democracy and rule of law in Burma. I call on the regime to end violence, respect the will of the people, and release the unjustly detained.”

Blinken went even further declaring that the continuing disregard for the rule of law along with the widespread violence against the Burmese people has created an urgency to restore the path to democracy in Burma.

Suu Kyi was taken into custody when the Myanmar military took control of the country earlier this year. The National League for Democracy, the Party that Suu Kyi leads, was very successful in the elections held last year. But the military decided that the votes were not accurate and took control of the government.

The Myanmar junta brought a violent attack against protestors who pushed back against the military takeover. There was tragic footage of the protests that came out in March. One clip showed security forces shooting a protestor at point-blank range and then chasing and beating demonstrators. Another clip showed about two dozen security forces with their firearms drawn chasing two people wearing construction helmets. These helmets were worn by many of the protestors on the streets. When the security forces caught the people running, they beat them with rods and kicked them.

The Wall Street Journal wrote, “Soldiers and police have killed more than 1,300 people and detained over 10,000 since the coup, according to the nonprofit Assistance Association for Political Prisoners. In the most recent clash on Sunday, security forces opened fire and rammed a truck into a crowd of protesters in Yangon, the country’s largest city.”

Just last month a journalist from the United States was sentenced to 11 years in prison by a court controlled by the military junta. It was reported by Reuters that Danny Fenster, 37 years old, was the managing editor of the online magazine Frontier Myanmar. He was found guilty of incitement and violations of immigration and unlawful associations laws. The magazine he edited said that the sentences were the harshest possible under the law.

The United States has been a vocal advocate for Fenster. A state department spokesperson said that the ruling in Myanmar represented an unjust conviction of an innocent person. They also indicated that they were monitoring Fenster’s situation and would continue to make an effort for his release.

No one knows if the government will respond to the pressure from America.