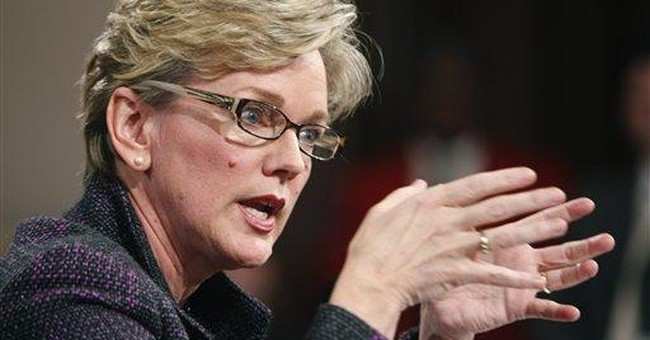 Joe Biden is stuck between a rock and a hard place. He has aligned himself with the progressive liberals and was working to shut down the natural resource industry. He has killed new pipeline construction because he believes it will destroy the environment if something happens. He has lied to the American people by telling them that pipelines are the worst way to transport gas.

But this past week, his administration leak out that pipelines are actually the best way to transport fuel. Biden’s Energy Secretary is Jennifer Granholm. She showed the lack of unity within the liberal administration when she came out on camera and stated that pipelines are actually the safest way to transport fuel and other resources.

Biden never wanted that piece of information ever to get out. He was relying on people staying in the dark and trusting in his lies that pipelines are horrible. But as 17 different states are now facing a fuel crisis because of a cyber-attack, it is being revealed that he has been lying the entire time. Granholm stated what she did because pipelines are the best way to shuttle fuel around the country.

One reporter stated, “Can you tell us what is the feasibility of using rail cars to transport fuel into the affected areas? I know that’s being looked at.” He wanted to know if there were other ways to transport the gas until the pipeline worked again.

Granholm missed the point of his question and stated things that she would later wish she had not revealed. She stated that “The DOT [Department of Transportation] is looking at that, and so we’ll have to wait until their analysis is done. There are not easy solutions because there may or may not be the right rail cars, there may not or may not be the deep-water ports available for the Jones Act to be able to respond.”

Her answer is a ploy to cover up the point that Biden does not know how to act. There is no need to drag the matter through a committee, hoping that they have all the answers.

She went on to explain, “So this particular area of the country there, this is why we have doubled down on ensuring that there’s an ability to truck oil in, gas in. But it’s, the pipe is the best way to go. And so that’s why, hopefully, this company, Colonial, will, in fact, be able to restore operations by the end of the week as they have said.”

The bomb of a response she gave just set old man Biden back to start with his push to kill off pipeline construction. People are going to point back to Granholm’s statement and show how hypocritical his responses have been.

Biden’s press secretary Jenn Psaki had even stepped out on thin ice when she reiterated that Biden would continue banning future construction of new pipelines. People are waking up to the reality of what Biden is doing to the country. They see that long lines will be a standard way of living if Biden continues down the path of killing off natural resources.

Psaki was asked, “Is the White House rethinking their opposition to new pipeline projects since one really important one goes offline and gas stations start running dry?”

And her response was spot on typical liberal thinking. She stated that “I wouldn’t say we look at it as in – through that prism. We look at it, we analyze both the impact, the economic impact as well as the environmental impact. And that will certainly remain the case, but we look at different, each pipeline project individually.”

Biden will look at each project and stamp a denial on it without considering his choice’s ramifications. He does not think ahead of the consequences before making his destructive decisions. The only thing he thinks about is what will provide him with the most control over people. If he can get things to the point where people rely on the federal government, he will have the power to make them do what he wants them to do.