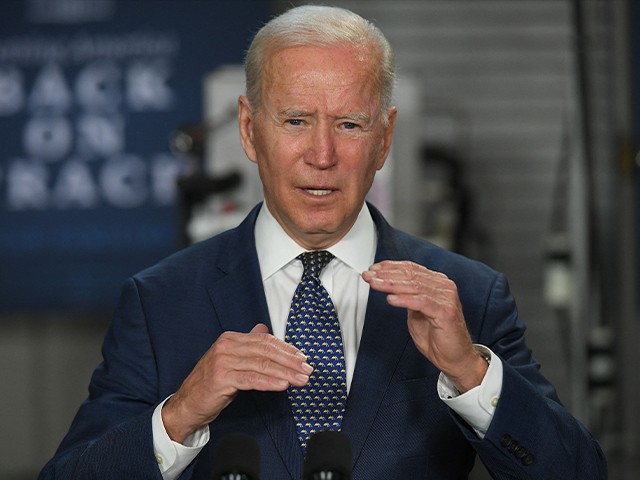 “The Department of Health and Human Services [HHS] has diverted more than $2 billion meant for other health initiatives toward covering the cost of caring for unaccompanied immigrant children,” Politico reported May 15. The article continued:

The redirected funds include $850 million that Congress originally allocated to rebuild the nation’s Strategic National Stockpile, the emergency medical reserve strained by the Covid-19 response. Another $850 million is being taken from a pot intended to help expand coronavirus testing, according to three people with knowledge of the matter.

In addition to transferring money from the Strategic National Stockpile and Covid-19 testing, HHS also has pulled roughly $436 million from a range of existing health initiatives across the department.

The program costs are expected to reach almost $9 billion by October according to a leaked report in the New York Times.

The transfer of funding to the growing population of more than 50,000 foreign children and youths means fewer resources for lower-profile American kids, as their diverse American parents are damaged by the Chinese virus, cheap labor migration, job losses, housing costs, drugs, or homelessness.

The Politico report follows the leak of a government report to the May 10 New York Times. The leaked report showed how the HHS agency expects to spend almost $9 billion by October to implement Biden’s decision to import the youths and children of U.S.-based illegal migrants.

“Current projections show [a] preliminary budget estimate of $8.6b for FY21,” said the briefing for officials in HHS. It continued:

With existing resources, a shortfall (of 366m) occurs in May and grows quickly through July with an overall project shortfall in excess of $4 billion

OMB approved an additional transfer from HHS resources to the UC [UAC] programing the amount of $850 million this week. This funding is not reflecting in this morning balance — will be added once [the] execution process is complete. There may be [an] additional $846.5 million available in future weeks. This will mitigate but not fully resolve the project budget shortfall.

The HHS spending does not including spending — or diverted resources — at other agencies, such as the Department of Homeland Security (DHS).

Rep. Tom Cole (R-OK) and Rep. Chuck Fleischmann (R-TN) are the top Republicans on the panels overseeing federal spending at HHS and the DHS. Their offices did not respond to emails from Breitbart News.

Biden declined to use the judge-approved option of flying the arriving youths and children back to their distant homes. Strong majorities of swing voters blame Biden, not Trump, for the unpopular migration crisis.

“The $2.13 billion in diverted money exceeds the government’s annual budget for the unaccompanied children program in each of the last two fiscal years,” Politico reported.

But the overall migration is an economic stimulus for Biden’s business donors because the migrants inflate rents and stimulate federal, state, and local spending.

Most of the 50,000 “children” are actually older teenage boys, many of whom will take jobs at low wages to repay their smuggling debts and support relatives in Central American countries.

But even children are an economic stimulus for Biden’s business donors because they inflate rents and because they stimulate federal, state, and local spending, for example, on K-12 education programs.

Biden’s delivery of the incoming youths and children also helps to keep their illegal migrant parents in the United States amid pressure from their distant families to return home. For example, a New York Times May 6 report noted 51 percent of the UACs released in the prior week were handed over to parents or step-parents. Another 38 percent were handed over to immediate relatives, some of whom may have been fronting for nearby illegal migrant parents who declined to come forward.

The migration also creates a new generation of illegal migrants for business groups and progressive Democrats to champion instead of poor or disadvantaged Americans, just as Democrats now cheerlead for the “DACA” illegals.

Biden’s policy is being implemented by Alejandro Mayorkas, a Cuban-born child refugee who runs the Department of Homeland Security. Mayorkas frequently claims the United States is a “Nation of Immigrants,” not of Americans. He frequently argues the nation’s values require Americans to accept many migrants, poor or rich, old or young, as if there is no economic or civic cost to Americans from the inflow of foreign migrants.

The federal delivery of children to their illegal migrant parents, after their handoff at the border by cartel-controlled coyotes, has been an open secret in Washington, DC, for at least six years.

The secret federal cooperation with the coyotes and the cartels stopped when President Donald Trump used his emergency authority in 2020 to send the migrants home when they arrived at the border. The cooperation has been accelerated by President Biden as his deputies seek to extract more wage-cutting workers, taxpayer-supported consumers, and high-occupancy renters from Central American into the United States.

“We’re complicit as a nation in human trafficking,” Sen. Lindsey Graham (R-SC) said at a March 26 press conference in Texas with 17 other GOP senators.