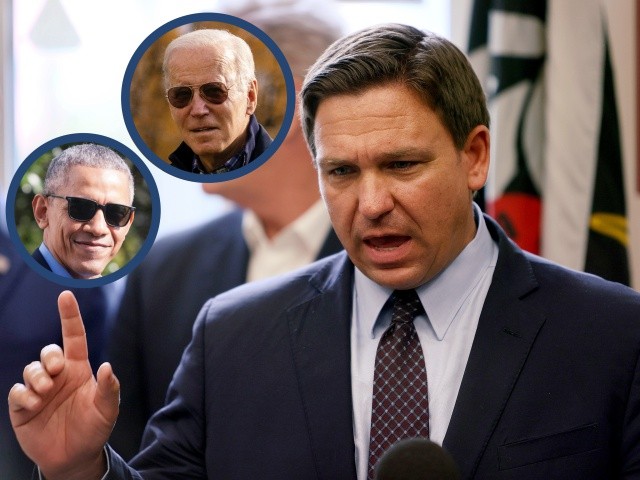 DeSantis also signed an emergency order that bans the issuance or renewal of all state licenses to Florida Department of Children and Families (DCF) facilities that provide services to Unaccompanied Alien Children (UACs).

As part of his budget proposal, DeSantis wants $8 million to transport illegal aliens and border crossers out of Florida. During a press conference, DeSantis suggested sending the illegal aliens to President Joe Biden’s home state of Delaware or Martha’s Vineyard, where former President Obama is settled in a coastal mansion.

“In yesterday’s budget, I put in $8 million for us to be able to transport people here illegally out of the state of Florida,” DeSantis said. “It’s somewhat tongue in cheek, but it is true, if you sent them to Delaware or Martha’s Vineyard or some of these places, that border would be secure the next day.”