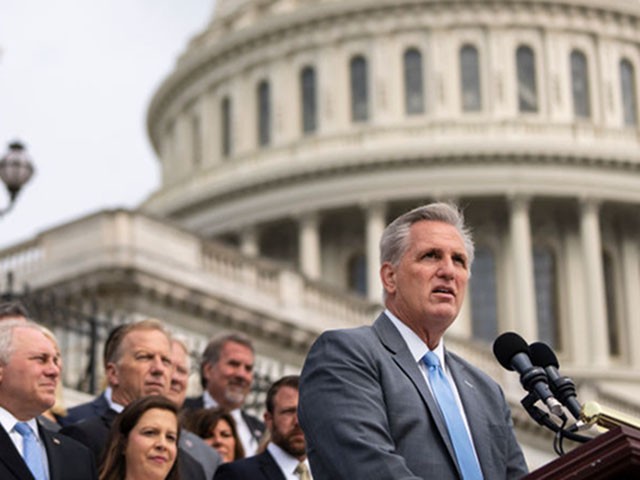 “Pretty much every single indicator that pointed to a Democratic wave in the 2018 midterms now points to a Republican one in the 2022 midterms,” Harry Enten wrote.

According to the report, Democrats were beating Republicans by nine points in the polls by early December 2017, and “as it turned out, this was the margin by which they’d win the national House vote” the next year. In December 2021, Republicans are holding an average two-point advantage.

“Indeed, there have been ten times since 1938 when the opposition party (i.e. not in control of the presidency) led on the generic ballot this far from a midterm. They would go on to win a majority of seats in the midterm all ten of those times,” Enten continued.

“President Joe Biden is not much better with an approval rating of about 42 [percent]. His is the second worst approval rating for an elected president at this point in their first term,” according to the analysis.

While we still have a ways to go until the midterms, we know that the shift from the presidential baseline in special elections has been predictive of the next election. This has been true in midterms since 1994, and a lack of a major change from the 2016 baseline during the special elections in the lead up to 2020 was a major red flag that Republicans weren’t as in much trouble as some of the polling indicated.

Similar to House Republicans in December 2017, 19 Democrats are leaving the House at the end of this Congress. Enten said, “results and polling are a big reason that politicians have or did run for the hills.” He wrote:

Retirements are not a perfect indicator of future midterm outcomes, but they’re a sign. Elected officials are looking at the same statistics we are. They aren’t likely to retire en masse, unless they sense they’re going to lose power. That’s why the party that has had more elected officials retiring from public office has lost seats in eight of the last 12 midterm cycles since 1974.

“Not a lot so far suggests that the 2022 midterms will be any different,” he wrote.